The states continue to lead the way in defending America from the assault of multicultural immigration. The good news today is from Tennessee, where it is now the law that towns be informed when a passel of refugees are about to be dumped, er resettled by mooch agencies like Catholic Charities. The law also allows local communities to put out the unwelcome mat when they believe they cannot absorb refugees given their economies and infrastructure.

In addition to the straight news item posted below, Act for America has information about its local members who assisted with the authorship of the legislation. The group, started by Brigitte Gabriel, focuses on the national security threat posed by hostile Muslims.

Up to this point, communities have had no tools to use against unwanted refugee dumping from Washington. It will be interesting to see how well this approach works out.

Naturally the Refugee Industrial Complex is making loud complaints that Tennessee is no longer welcoming, while the diversity cultists have made a specific assault on the Bible belt. In fact, the traditional citizens behind this law merely want to protect American culture from Islam. Immigration was never supposed to destroy the nation's values. 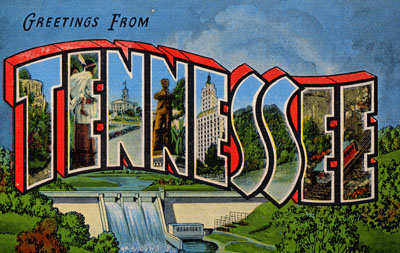 A bill that originated from the desk of State Sen. Jim Tracy has been signed into law that would make sure that local communities would be able to absorb refugees.

But a state immigrant rights group has blasted the new measure, calling it an "unprecedented attack on refugees."

Called the Refugee Absorptive Capacity Act, the new law, signed by Gov. Bill Haslam on May 27, will require Catholic Charities, the state's refugee program agency, to meet four times a year with local governments to plan and coordinate "the appropriate placement of refugees in advance of the refugees' arrival ..."

A number of refugees from a variety of countries, such as Somali, Burma and Egypt, have moved to Shelbyville in recent years to be closer to jobs at the Tyson Foods facility.

Tracy told the T-G in February that there has been "a lot of discussion across the state about this, particularly in Bedford County ... but other counties also." He explained at the time that the law would require resettlement agencies to let local governments know when a large number of refugees are coming "because it puts a burden on the local community."

"Absorptive capacity" refers to a community's ability to meet the existing needs of its current residents, the availability of affordable or low-cost housing, including existing waiting lists, and "the capacity of the local school district to meet the needs of the existing or anticipated refugee student population."

The law also refers to "the ability of the local economy to absorb new workers without causing competition with local residents for job opportunities, displacing existing local workers, or adversely affecting the wages or working conditions of the local workforce."

It also states that a local government can request a moratorium on new resettlement activities, by documenting that the community lacks the absorptive capacity and that further resettlement would result in an adverse impact to existing residents.

Law criticized The new law has drawn the ire of the Tennessee Immigrant and Refugee Right Coalition, which has labeled the measure the "Refugees Not Welcome Act."

According to a statement on TIRRC's website, "we are concerned that it will encourage local governments to pass symbolic resolutions to discourage further refugee resettlement."

"It is difficult for anybody to leave their country of birth and establish a new home in the US," the organization stated in their 2011 Legislative Wrap Up, "and receiving communities have an important role to play in helping to facilitate the immigrant integration process."

The coalition said that new laws should encourage communication between refugees groups and settlement agencies, and the towns that receive them, "but not create a hostile environment for refugee families who have come to Tennessee to escape persecution, find honest work, and begin rebuilding their lives."

"Through our Welcoming Tennessee Initiative, we hope to not only counter these misguided attempts but also increase understanding of how new Tennesseans share our values, contribute to our economy, enhance our combined culture and strengthen our communities, the TIRRC said.

The Welcoming Tennessee Initiative was recently featured in the film "Welcome to Shelbyville, which was aired nationwide on PBS in May.