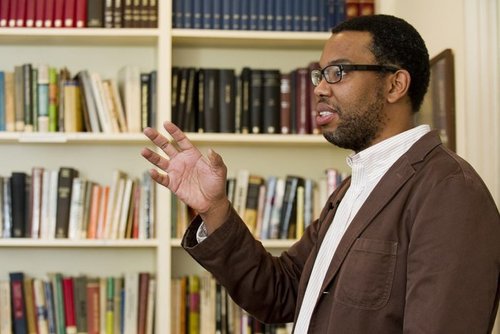 Ta-Nehisi And The Talented Tenth: Almost Everybody Is Conservative About What They Care About Most

I get the sense that there is a lot of psychic stress experienced by the Talented Tenth, i.e. bourgeois middle-class blacks like Ta-Nahesi Coates. They basically live among white people according to white norms, but this creates in them a need to “keep it real” by defending and excusing the dysfunction of underclass blacks. It’s like how the most anti-colonial element of society in the former European empires was the Westernized native elite rather than traditionalist tribal elders.

In a saner world, the Talented Tenth would have an aristocratic attitude of protective paternalism toward black proles, in the spirit of Booker Washington. In actuality, black ethnocentrism, despite being a fundamentally conservative trait, gets filtered through the ideology of the white liberals who run post-white America.

So instead of straightforward tribal noblesse oblige, gentry blacks like TNC (and Obama) live by the fundamentally dishonest and passive-aggressive code of leftism: all animals are equal, but some animals are more equal than others. They lie that D’Shawntavious is their social equal, and the implausibility of that claim means they have to lie again by claiming that Whitey is a wrecker.

I actually kind of pity middle-class blacks who wish to be champions of their people even as they operate within an ideological framework created by leftists who despise their own people.