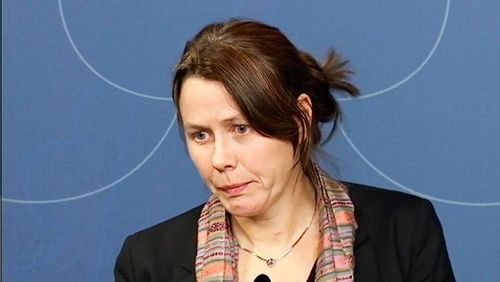 ‘We simply can’t do any more,’ prime minister says in announcing Sweden’s asylum regime will revert to EU minimum

Sweden needs “respite” from the tens of thousands of refugees knocking at its door, the government has said, announcing tough measures to deter asylum seekers in a sharp reversal of its open-door policy towards people fleeing war and persecution.

The country’s generous asylum regime would revert to the “EU minimum”, Sweden’s prime minister, Stefan Löfven, said on Tuesday, revealing that most refugees would receive only temporary residence permits from April.

Identity checks would be imposed on all modes of transport, and the right to bring families to Sweden would be severely restricted, he said. …

“It pains me that Sweden is no longer capable of receiving asylum seekers at the high level we do today. We simply cannot do any more.”

The reversal in refugee policy, which follows the imposition of border controls two weeks ago, marks a policy choice the ruling red-green coalition would have considered unthinkable until asylum seekers began arriving this autumn at a rate of 10,000 a week. …

The changes announced on Tuesday were particularly difficult for the Social Democrats’ junior coalition partner, the Green party, seen as the most refugee-friendly of Sweden’s main political parties. The Greens’ deputy prime minister, Åsa Romson, broke into tears as she announced the measures. …

Here’s video. It’s pretty funny (unless you are a Swede and she’s your deputy prime minister).