Sweden Is Having Second Thoughts about Admitting Unlimited Syrian Refugees 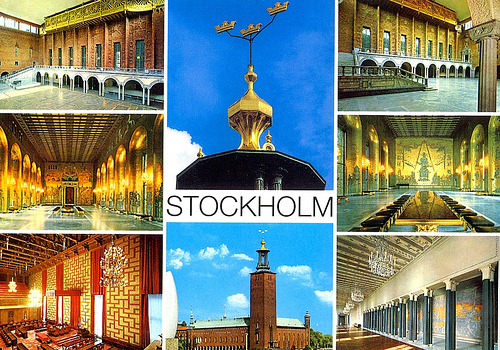 In September 2013, the Swedish government generously offered to welcome all refugees from Syria counted as being two million at that time.

Now the government is toting up the financial cost and the result is not pretty.

The New York Times included a dollar figure for the Swedish taxpayers cost a few months back:

Sweden has taken an open-door approach to people fleeing the conflict, accepting more Syrians than any other European country.

Never mind that Sweden has double-digit youth unemployment. That there have been riots in immigrant neighborhoods in Stockholm. That there is a severe housing shortage for new arrivals. Or that the Swedish Migration Board, which handles asylum seekers, needs a drastic budget increase — almost $7 billion — to cover soaring costs over the next few years.

Interestingly, that number is based on only 100,000 Syrian refugees, just a tiny portion of the two million Sweden had welcomed. Have all diversity-besotted liberals failed math?

Swedish media reported on Tuesday that the country is looking at record-breaking numbers of refugees this year, with one report predicting up to 100,000 displaced people resettling in Sweden.

The Migration Board has announced that it cannot afford to handle the influx with its current budget, and has asked for 48 billion kronor ($6.9 billion) above the 91 billion ($13.2 billion) allowance the board has already been granted for the next four years.

Note to Washington: refugee rescue is an expensive hobby for a nation that is $18 trillion in debt, increasingly so when the uneducated Third World newbies are unlikely to ever pay their way. Excess unskilled labor is particularly unnecessary in an economy which is rapidly becoming automated by smart machines doing the work that was earlier performed by humans.

Back in Sweden, the city of Sodertalje is now being overwhelmed with Middle Easterners. Syrian And Iraqi Refugees Are Half The Population Of This Swedish City:

As a refugee named Issa, who declined to give his surname due to fears of repercussions for his family back in Syria, put it, “The city is mostly Iraqi and Syrian immigrants, but some Swedes live here too.”

The usual mass immigration problems are showing up in utopian Sweden unemployment, self-segregation leading to non-assimilation and increased costs for taxpayers with jobs.

And Sodertalje is lucky that Muslims self-segregated to another town, leaving the Syrian Orthodox Christians to live in peace. “If they built a mosque there would be trouble here,” one Christian remarked.

Check out a recent news piece from Dutch television, Swedish Budget at Risk from Syrian Refugees (for which GatesOfVienna has posted a transcript).