Pepperdine's Paul Caron, writing at TaxProf Blog, reports that while the Supreme Court Justices are usually picked on the basis of ethnicity, their law clerks are mostly picked on merit. [SCOTUS Law Clerks Are Still Mostly White And Male, December 11, 2017.] That's not Caron's analysis, it's mine, but that's what the numbers say.

Caron links to and quotes a study from the National Law Journal:

According to a National Law Journal study, the U.S. Supreme Court’s clerk ranks are less diverse than law school graduates or law firm associates—and the justices aren’t doing much to change that.
...

[A]mid the luster of being a law clerk, there’s an uncomfortable reality: It is an elite club still dominated by white men. While some variables are outside the court’s control, few justices seem to be going out of their way to boost diversity.

Research conducted by The National Law Journal found that since 2005—when the Roberts court began—85 percent of all law clerks have been white. Only 20 of the 487 clerks hired by justices were African-American, and eight were Hispanic. Twice as many men as women gain entry, even though as of last year, more than half of all law students are female.

The numbers show near-glacial progress since 1998, when USA Today and this reporter undertook the first-ever demographic study of Supreme Court clerks, revealing that fewer than 1.8 percent of the clerks hired by the then-members of the court were African-American (now it is 4 percent,) and 1 percent were Hispanic (now the figure hovers at roughly 1.5 percent). The percentage of clerks who are of Asian descent has doubled from 4.5 percent then to nearly 9 percent since 2005. Then, women comprised one-fourth of the clerks; now they make up roughly a third. ...

Low numbers span the court’s ideological spectrum. Only 12 percent of the clerks hired by Justice Ruth Bader Ginsburg and Justice Clarence Thomas since 2005 were minorities. Ginsburg has hired only one African-American clerk since she joined the high court in 1993, and the same goes for Justice Samuel Alito Jr., who became a justice in 2006. ... 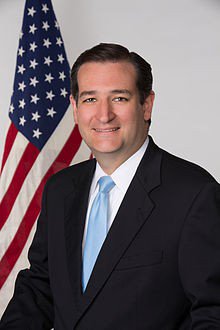 I've boldfaced the racial stuff above—this chart below just says "minorities", but in order to get it as high as 12 percent, they have to count Asians and Hispanics. Asians are smarter than whites, on average, and many Hispanic lawyers are whites—pictured right, the half-Irish, half Cuban Ted Cruz, a former Supreme Court clerk, who would count as minority on the chart below.

You'll notice that the highest number of "minority" clerks is under Gorsuch, but that's three out of seven—he just got there.

Since the National Law Journal doesn't know about differences in IQ, they consider all this suspicious, but I suspect it actually means that the Supreme Court has a fairly competent staff.

There just aren't that many minorities who can compete at the Supreme Court level, and even if half of law students are female, the high end of the scale is still going to be male, due to the flatter curve of female IQ.

The only one I really consider evidence of prejudice myself is Sotomayor's hiring practices, and even she hired 25 whites out of 36 clerks. 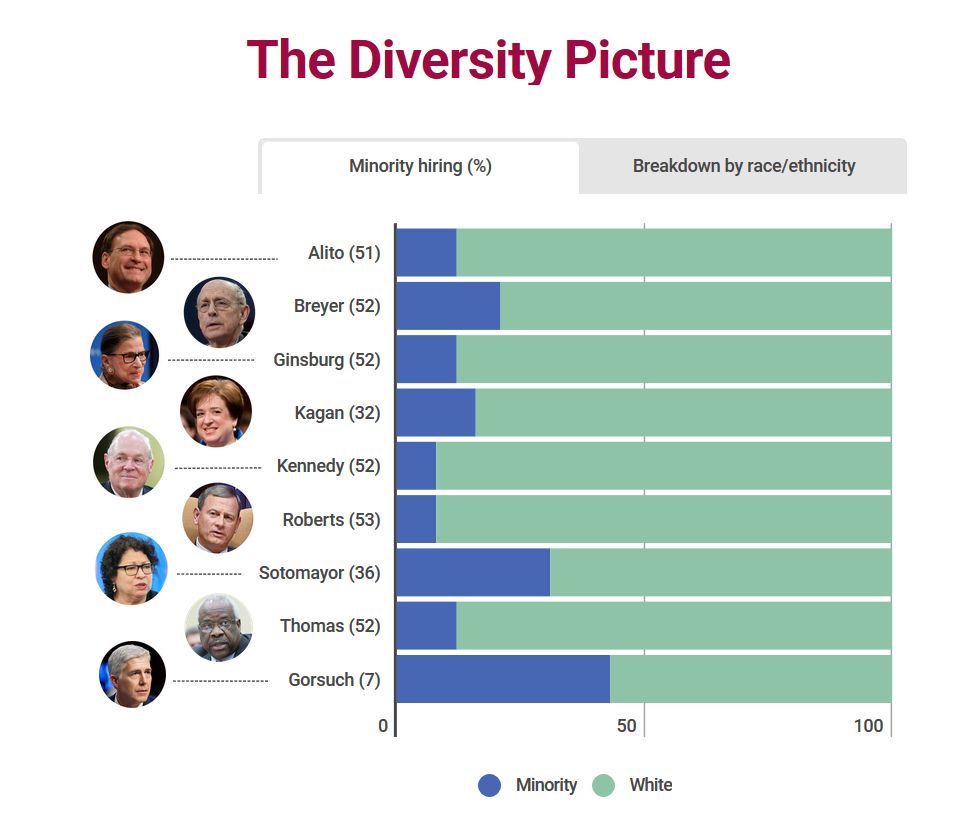