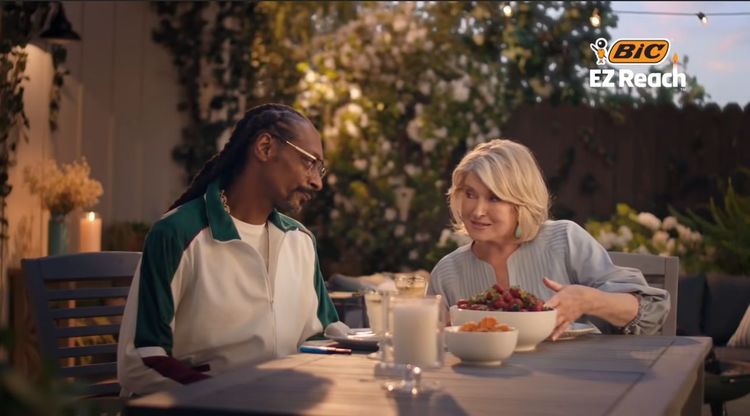 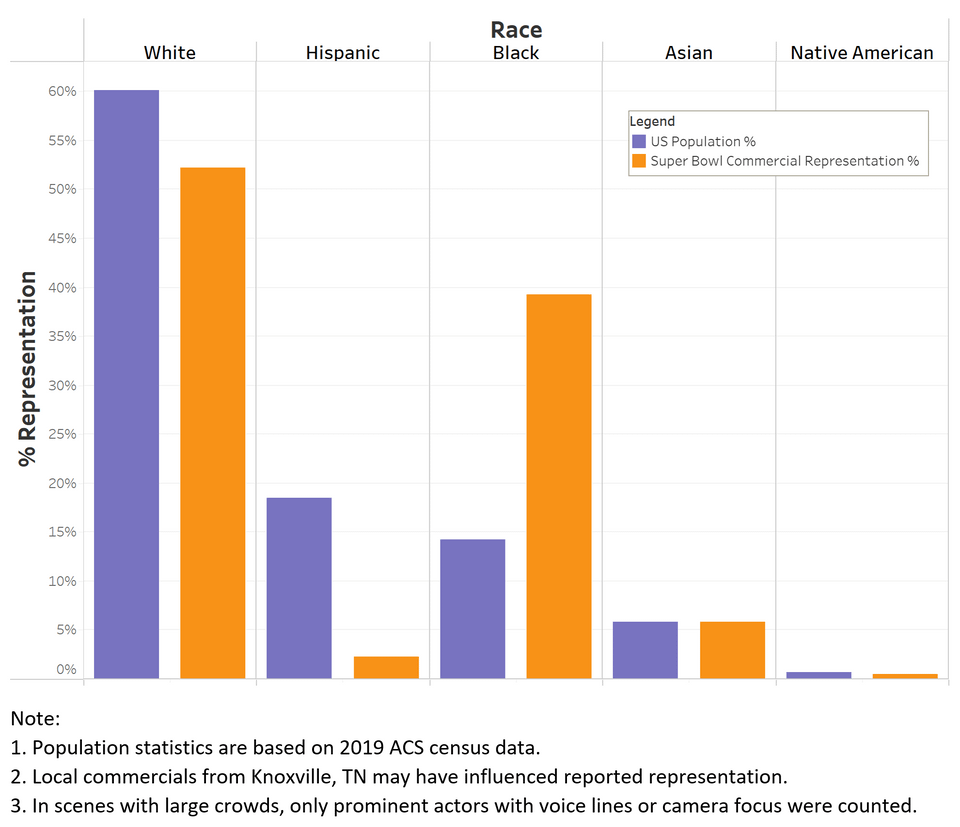 For Super Bowl commercials, it might be better to do this graph with and without NFL players.

Probably the Hispanic count by surname was higher, but they are harder to tell by sight from whites or blacks.

My impression is that lots of mestizo and mulatto Latinos see themselves as, with luck, one or two generations away from being white, so they are less obsessed with Representation. For example, here is the Mayor of Los Angeles, who likes to emphasize his Hispanicity:

I liked this Super Bowl commercial starring the mayor of the host city Los Angeles, Eric Garcetti, for being such a good sport about using the Big Stage as he finally comes out of the closet about his long-rumored personal finance problems:

Good luck, Mayor Garcetti, with your plan to get over your spending addiction by using your appointment as Ambassador to India to become a Gandhiesque ascetic Hindu hermit living on rice and leeks.