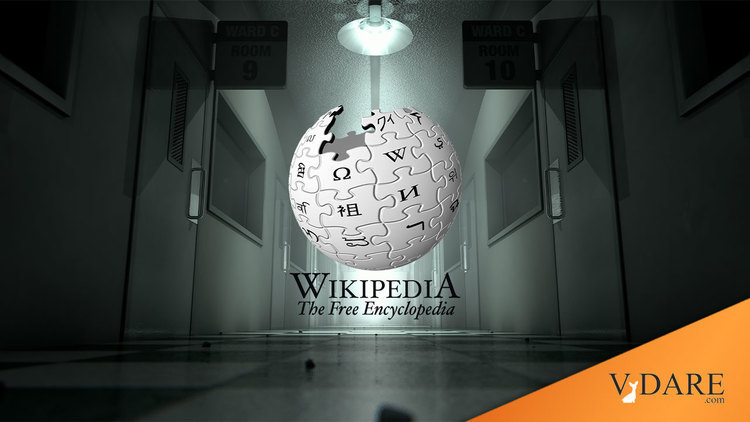 In 10 short years, Wikipedia has accomplished some remarkable goals. More than 3.5 million articles in English? Done. More than 250 languages? Sure.

But another number has proved to be an intractable obstacle for the online encyclopedia: surveys suggest that less than 15 percent of its hundreds of thousands of contributors are women.

Considering that almost nobody gets paid for Wikipedia, the most obvious thing that can be said about its existence from a gender point of view is that the human race owes a debt of gratitude to the male sex.

About a year ago, the Wikimedia Foundation, the organization that runs Wikipedia, collaborated on a study of Wikipedia's contributor base and discovered that it was barely 13 percent women; ...

Sue Gardner, the executive director of the foundation, has set a goal to raise the share of female contributors to 25 percent by 2015, but she is running up against the traditions of the computer world and an obsessive fact-loving realm that is dominated by men and, some say, uncomfortable for women. ...

Is a category with five Mexican feminist writers impressive, or embarrassing when compared with the 45 articles on characters in "The Simpsons"?

I note that the Mexican Simpson's character Bumblebee Man only gets a subarticle on Wikipedia, and I'm much more interested in Bumblebee Man than in Mexican feminist writers, so, guys, get back to work!

The notion that a collaborative, written project open to all is so skewed to men may be surprising.

Unless you stop and think about it.

After all, there is no male-dominated executive team favoring men over women, as there can be in the corporate world; Wikipedia is not a software project, but more a writing experiment - an "exquisite corpse," or game where each player adds to a larger work.

But because of its early contributors Wikipedia shares many characteristics with the hard-driving hacker crowd, says Joseph Reagle, a fellow at the Berkman Center for Internet and Society at Harvard. This includes an ideology that resists any efforts to impose rules or even goals like diversity, as well as a culture that may discourage women.

"It is ironic," he said, "because I like these things - freedom, openness, egalitarian ideas - but I think to some extent they are compounding and hiding problems you might find in the real world."

Adopting openness means being "open to very difficult, high-conflict people, even misogynists," he said, "so you have to have a huge argument about whether there is the problem."

To the extent that not having more articles about Mexican feminist writers is a problem, it's a problem caused not by evil misogynists, but by women (in particular, by Mexican women), who are less likely than men (especially non-Mexican men) to see the point (assuming there is one) in working for free to expand access to information for people they don't know. But blaming any problem, even one as exiguous as women not contributing much unpaid labor to Wikipedia, on women is a no-no, so the fault must lie with "misogynists."