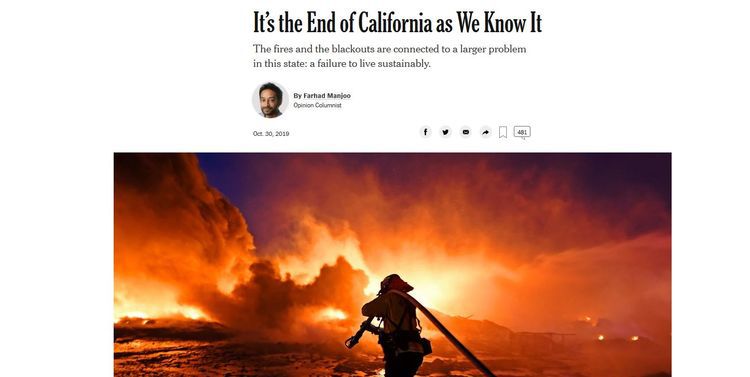 Farhad Theyjoo in NYT: California Needs to be More Like Mumbai 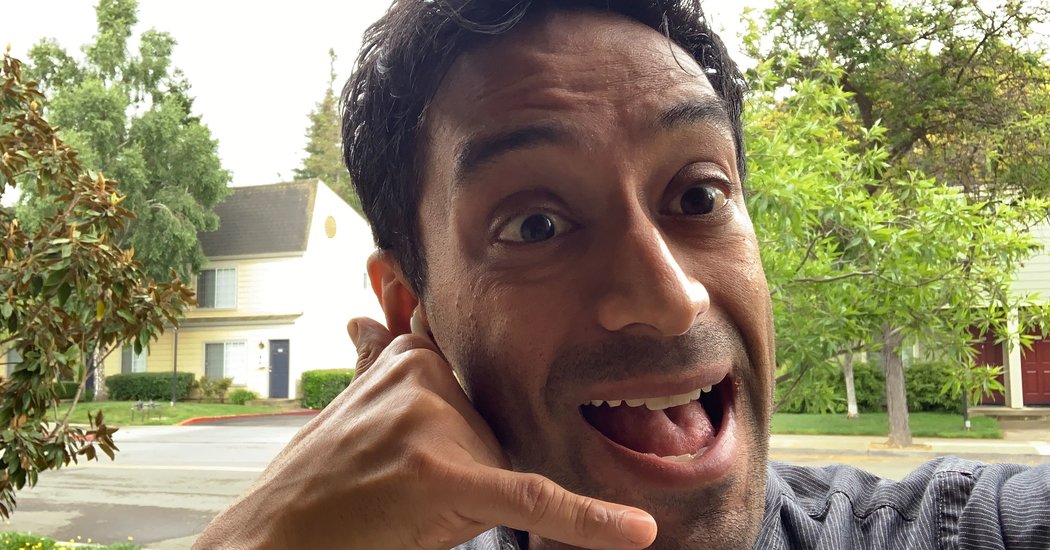 From New York Times opinion columnist Farhad Manjoo, right, (who recently demanded both Open Borders and to be personally referred to as “they“):

It’s the End of California as We Know It
The fires and the blackouts are connected to a larger problem in this state: a failure to live sustainably.

I have lived nearly all my life in California, and my love for this place and its people runs deep and true. There have been many times in the past few years when I’ve called myself a California nationalist: Sure, America seemed to be going crazy, but at least I lived in the Golden State, where things were still pretty chill.

But lately my affinity for my home state has soured. Maybe it’s the smoke and the blackouts, but a very un-Californian nihilism has been creeping into my thinking. I’m starting to suspect we’re over. It’s the end of California as we know it. I don’t feel fine.

It isn’t just the fires — although, my God, the fires. Is this what life in America’s most populous, most prosperous state is going to be like from now on? …

…The founding idea of this place is infinitude — mile after endless mile of cute houses connected by freeways and uninsulated power lines stretching out far into the forested hills. Our whole way of life is built on a series of myths — the myth of endless space, endless fuel, endless water, endless optimism, endless outward reach and endless free parking.

One by one, those myths are bursting into flame. We are running out of land, housing, water, road space and now electricity. Fixing all this requires systemic change, but we aren’t up to the task….

The apocalypse now feels more elemental — as if the place is not working in a fundamental way, at the level of geography and climate. And everything we need to do to avoid the end goes against everything we’ve ever done.

The long-term solutions to many of our problems are obvious: To stave off fire and housing costs and so much else, the people of California should live together more densely. We should rely less on cars. And we should be more inclusive in the way we design infrastructure — transportation, the power grid, housing stock — aiming to design for the many rather than for the wealthy few.

If we redesigned our cities for the modern world, they’d be taller and less stretched out into the fire-prone far reaches — what scientists call the wildland-urban interface. Housing would be affordable because there’d be more of it. You’d be able to get around more cheaply because we’d ditch cars and turn to buses and trains and other ways we know how to move around a lot of people at high speeds, for low prices. It wouldn’t be the end of the California dream, but a reconceptualization — not as many endless blocks of backyards and swimming pools, but perhaps a new kind of more livable, more accessible life for all.

And Farhad has a few cousins in South Asia who’d be happy to come over here and show us how to do dense living.

But who wants to do all this? Not the people of this state. …

Either we alter how we live here, or many of us won’t live here anymore.

Check in next week for Farhad’s upcoming column on how what California needs is more immigrants like him.

Manjoo was born in South Africa in 1978 to a family with ancestral roots in India. A cisgender man, Manjoo prefers to be referred to with singular they pronouns.[4] Their family left South Africa when Manjoo was eight years old,[5] and they were raised in Southern California.