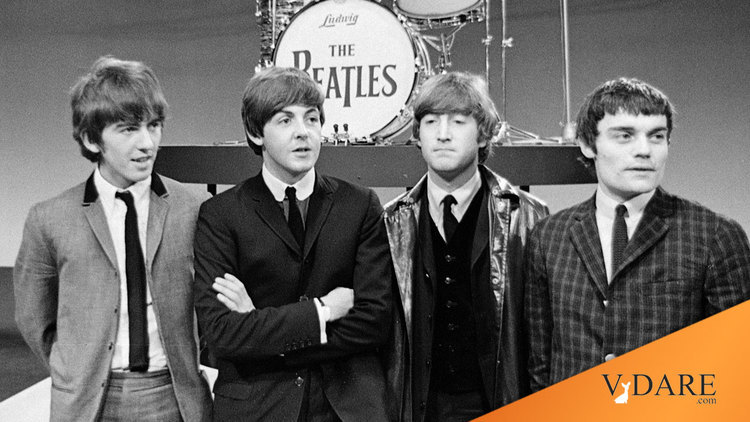 The new movie X-Men: First Class is set in the year 1962, with a vengeance. It's so 1962ish that after awhile I started wondering about stuff from 1962 that wasn't in the movie: "Hey, how come there aren't any astronauts in this movie? What's more 1962y than astronauts?"

It got me thinking about how it gets easier to figure out what is redolent of a particular year the farther away in time you get. If you started out making a movie about 2011, you'd miss lots of stuff that people in a half century will consider iconic about 2011.

For example, in First Class, one of the mutants designs the Mach 3 SR-71 Blackbird, which they then fly to the West Indies where the U.S. and Soviet navies are squaring off during the Cuban Missile Crisis. Indeed, the SR-71 first flew in 1962, but you couldn't have put it in a movie in 1962 because it was top secret (and it wasn't even called the SR-71 until 1964 — the early version that began flying in 1962 was called the A-12). When an A-12 crashed in 1963 in Utah, the only witnesses, a passing family, were both threatened and paid $25,000 each by the CIA.

Michael Fassbender plays one of the leads, Magneto, in the mode of Sean Connery, who became a star in 1962 with Dr. No. But James McAvoy plays Professor X, who was famously bald in the earlier/later movies. But McAvoy plays him with a full head of shaggy hair. Why? Because 1962 is now in the history books as the year of the first Beatles single, Love Me Do, so it makes sense for the  So, from the perspective of 2011 the historical importance of cute British boys with shaggy hair seems obvious. But it didn't seem obvious in 1962, when Love Me Do, which is a pretty awful song, only reached #17 on the British pop charts.