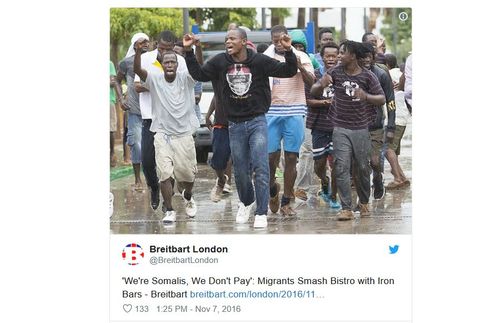 Somalis All Over: 83.7 Percent Of Somalis In Switzerland Rely On Public Aid

As VDARE.com's designated expert on all matters Somali, I offer some Somali-related items on my latest Radio Derb.

First off: The federal government of Switzerland has done a survey of the four thousand or so Somalis living in Switzerland, apparently all refugees. They found that 83.7 percent of them — that's five out of six — are relying on state welfare for all or part of their income.

A spokes-Somali put the blame on Somali fertility, quote:

For example, they work in the hospitality industry, where wages are low. A family that has seven children, for example, cannot live on it.

Oh, this will end well.

That 83.7 percent makes Somalis far and away the most welfare-dependent of all national groups in Switzerland. Runners-up are Eritreans at 54.7 per cent and Angolans at 54 per cent. Hmm: Somalis, Eritreans, Angolans. There's some common characteristic there … I can't quite put my finger on it …