Somalis are among the most undesirable, culturally inappropriate immigrants you could find. Yet Washington keeps them coming — more than 83,000 in 25 years as counted by Refugee Resettlement Watch.

Why is that? Fraud was the ticket some used until DNA testing was brought in.

Let’s review some of their behaviors and cultural traits: they are unassimilated Muslims who follow violent sharia law, practice polygamy and slice off the private parts of their little girls (aka FGM, with a prevalence of 98% in Somalia).

Some young men have returned to their homeland to pursue jihad against the impure, and astute members of the Senate have recognized that a Somali fifth column is a terror threat to this country. 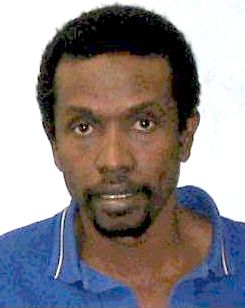 With that background in mind, consider the crime committed by Ali Abdi (pictured), that of raping a nine-year-old girl, for which he was recently sentenced to 20 years in prison.

A Burlington man who jumped bail and fled Vermont the night before a jury found him guilty of aggravated sexual assault on a 9-year-old girl was sentenced Wednesday to 20 years to life in prison for the assault.

Chittenden County State’s Attorney T.J. Donovan said the sentence responded to a “horrific crime” against a girl who has “really been ostracized from her community.” The conviction is a deportable offense, Donovan said, but his understanding is that Abdi will likely serve his sentence in a U.S. prison before the federal government brings any deportation action.

The comment that the girl has “been been ostracized from her community” indicates the victim was Somali also.

Another report noted how crimes against girls are accorded little importance in Somali society.

Ali Abdi, a leader in the Somal Bantu community in Burlington, was sentenced Wednesday to 20 years to life in prison for sexual assault on a nine year old girl, despite pleas to the judge from two of his children.

Abdi had taken off during his trial, and was captured out of state. The jury was not told he ran away. He was convicted.

Abdi’s lawyer argued that the case has to be viewed as different from others, because Abdi comes from a different cultural background. Erik Smart told the judge that Abdi fled Somalia and spent thirteen years in a refugee camp before arriving in Burlington. Smart says the Somali Bantu community has forgiven Abdi.

“I would venture to say this community views this crime differently than our own community would,” Smart told the court.

Prosecutor Susan Hardin argued that cultural differences do not excuse a crime.

“It is critical that the Somali Bantu community and all the others in Chittenden County be sent a very clear message: if you sexually assault our children, there will be severe consequences,” Hardin said.

It doesn’t get worse than this. Last week, 13-year old Aisha Ibrahim Duhulow was stoned to death in Somalia by insurgents because she was raped.

Reports indicate that was raped by three men while traveling by foot to visit her grandmother in conflict capital, Mogadishu. When she went to the authorities to report the crime, they accused her of adultery and sentenced her to death. Aisha was forced into a hole in a stadium of 1,000 onlookers as 50 men buried her up to the neck and cast stones at her until she died.

When some of the people at the stadium tried to save her, militia opened fire on the crowd, killing a boy who was a bystander.

So how exactly is Somali diversity supposed to benefit American society? I must be missing something.