Soft Scientists After David Reich: "How Not to Talk About Race and Genetics"

Here’s the Open Letter from the soft science academics responding to ancient DNA expert David Reich that the New York Times wouldn’t print. So it wound up in Buzzfeed:

How Not To Talk About Race And Genetics

Race has long been a potent way of defining differences between human beings. But science and the categories it constructs do not operate in a political vacuum.

This open letter was produced by a group of 68 scientists and researchers. The full list of signatories can be found below. 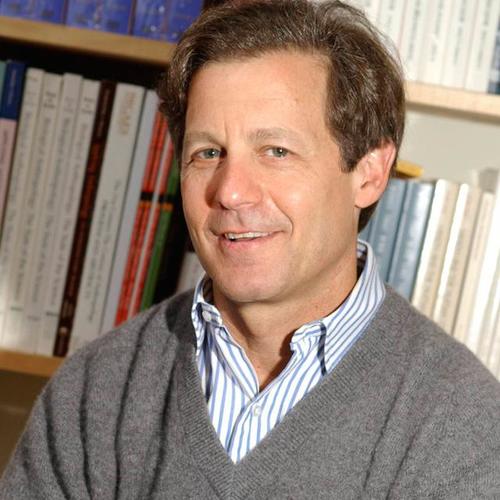 expense of in the past. For example, Alan Goodman, former president of the American Anthropological Association, once said:

“[Race] doesn’t exist biologically, but it does exist socially … Culturally I’m white-ified. People see me as white. That has something to do with how I look, but it has nothing to do with biological variation.”

I always say he looks pretty fly for a white-ified guy.

But other than getting poked fun at in an iSteve blog post now and then, most of folks don’t have much of a media presence. This isn’t 1960 anymore when anthropologists were stars. Today, the Big Data gene guys like David Reich get most of the publicity.

In his newly published book Who We Are and How We Got Here, geneticist David Reich engages with the complex and often fraught intersections of genetics with our understandings of human differences — most prominently, race.

He admirably challenges misrepresentations about race and genetics made by the likes of former New York Times science writer Nicholas Wade and Nobel Laureate James Watson. …

As a group of 68 scholars from disciplines ranging across the natural sciences, medical and population health sciences, social sciences, law, and humanities, we would like to make it clear that Reich’s understanding of “race” — most recently in a Times column warning that “it is simply no longer possible to ignore average genetic differences among ‘races’” — is seriously flawed. …

This misrepresents the many scientists and scholars who have demonstrated the scientific flaws of considering “race” a biological category. Their robust body of scholarship recognizes the existence of geographically based genetic variation in our species, but shows that such variation is not consistent with biological definitions of race. Nor does that variation map precisely onto ever changing socially defined racial groups.

Reich critically misunderstands and misrepresents concerns that are central to recent critiques of how biomedical researchers — including Reich — use categories of “race” and “population.”

For example, sickle cell anemia is a meaningful biological trait. In the US it is commonly (and mistakenly) identified as a “black” disease. In fact, while it does have a high prevalence in populations of people with West and Central African ancestry, it also has a high prevalence in populations from much of the Arabian Peninsula, and parts of the Mediterranean and India. This is because the genetic variant that causes sickle cell is more prevalent in people descended from parts of the world with a high incidence of malaria. “Race” has nothing to do with it.

Thus, it is simply wrong to say that the higher prevalence of sickle cell trait in West African populations means that the racial category “black” is somehow genetic.

The latest finding on the sickle cell mutation is that it only arose once. From the New York Times earlier this month:

The genetic mutation arose 7,300 years ago in just one person in West Africa, scientists reported on Thursday. Its advantage: a shield against rampant malaria.

So to have the sickle cell mutation, you have to be a direct descendant of that ancient West African. Now, you have a lot of ancestors who were alive 7,300 years ago. So a single ancestor doesn’t mean much about what you are like.

On the other hand, because, while inheriting one copy of the sickle cell mutation is beneficial in resisting malaria, inheriting two copies of the sickle cell mutation was lethal before modern medicine, so the odds are that quite a few of your ancestors since 7300 years ago must have lived in warm places where the worst kinds of malaria are a problem.

If all your ancestors in recent thousands of years had lived in Sweden or Manchuria or Alberta, you wouldn’t have this mutation because the ones who had it would have eventually died off.

On the other hand, falciparum malaria was present in Sicily until DDT came along. So, the sickle cell mutation is not unknown in Sicily.

On the other other hand, sickle cell health problems appears to be quite rare among Italian Americans, despite a large percentage tracing their ancestry to Sicily. For example, I tried to look up whether sickle cell anemia is much of a problem in Staten Island, which has a sizable Sicilian-American community. But all I found was a moving article in the Staten Island Advance:

Of course, “Ebonyrose” is a (quite pretty) African-American Christian name.

Perhaps those Sicilians with the mutation, which saps energy, tended not to immigrate in pre-welfare days?

So there is a high correlation between having a sickle cell mutant gene and having substantial sub-Saharan African descent.

But of course, race isn’t about a single gene, it’s about a statistical package of multiple genes.

… Human beings are 99.5% genetically identical. Of course, because the human genome has 3 billion base pairs, that means any given individual may differ from another at 15 million loci (.5% of 3 billion). Given random variation, you could genotype all Red Sox fans and all Yankees fans and find that one group has a statistically significant higher frequency of a number of particular genetic variants than the other group — perhaps even the same sort of variation that Reich found for the prostate cancer–related genes he studied. This does not mean that Red Sox fans and Yankees fans are genetically distinct races (though many might try to tell you they are).

But of course these kind of contrived examples aren’t what race is about. Race is about ancestry. Unfortunately, cultural anthropologists tend to be willfully clueless about this basic concept: Human beings are very interested in who other human beings are descended from because, first, ancestry suggests various things about their inherited traits, second, it suggests which traits they are more likely to pass on to their descendants, and, third, it suggests various things about their relatives, who are generally important in their lives.

But human beings are seldom like thoroughbred race horses for whom we have their entire pedigree going back sometimes as far as the 17th Century. Nobody cares very much what color a race horse is compared to whether he is a descendant of Northern Dancer. This is because we don’t have to guess a thoroughbred’s ancestry. So, people look at phenotypes for clues about family trees.

This has two implications: first, that your ancestors must have been inbred to some degree. Thus, you are more related to some people than to other people.

Second, different cultures adopt different rules about which of your multitudinous relatives really matter. The Chinese, for example, worship their patrilineal ancestors and ignore their matrilineal line. The English follow a rule of primogeniture privileging oldest sons. Thomas Jefferson waged legal war on primogeniture, so Americans are more egalitarian, but also tend to lose interest in their relations beyond about first cousins.

In support of his argument for the biological relevance of race, Reich also writes about genetic differences between Northern and Southern Europeans. Again, this should not be an argument for the biological reality of race. Of course, we could go back to the early 20th century when many believed that the “industrious” Northern Teutons were a race distinct from the “slothful” Southern Europeans.

Such thinking informed the creation of racially restrictive immigration laws in 1924, but we think even Reich would not consider this sort of thinking useful today.

We are only six years away from the 100th anniversary of the 1924 immigration restriction bill. Will it be possible to organize right and fitting pogroms in time? Can the nonagenarian membership of Hillcrest Country Club be motivated to burn down the clubhouse of the nonagenarian membership of the Los Angeles Country Club before the 2023 US Open tournament?

Even “male” and “female,” which Reich invokes as obviously biologically meaningful, has important limitations.

“EXCUUUUUUSE ME!” say the 68 professors:

Hasn’t Reich been paying attention since World War T was launched in 2013?

Actually, Reich probably has been too busy figuring out the past of humanity to pay attention to the latest wisdom.