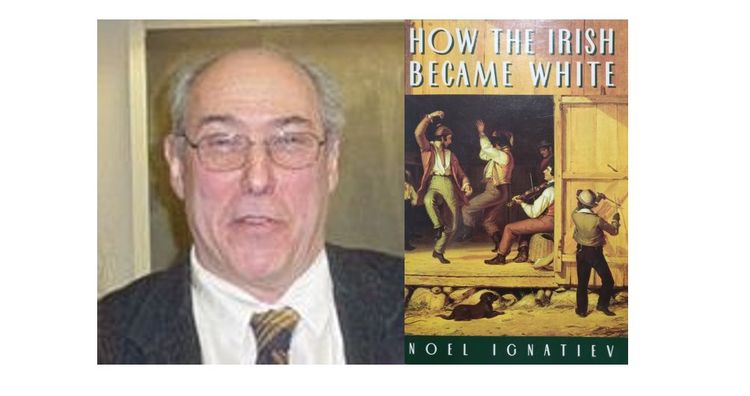 Social Construct Noel Ignatiev Abolished at Age 78; Author of "How the Irish Became White" Turns Out Not to Have Been Irish After All

Noel Ignatiev, scholar who called for abolishing whiteness, dies at 78

Noel Ignatiev’s 1995 book “How the Irish Became White” was influential and controversial, touching off a firestorm of debate.

… Ignatiev’s best-known book, “How the Irish Became White,” was immediately influential and controversial upon its publication in 1995. It touched off a firestorm of debate at the time at academic conferences and in the pages of newspapers. In time his view that whiteness is a social and political construction — and not a phenomenon with a biological basis — has become mainstream. The resurgence of white identity politics and white nationalism in recent years made Ignatiev’s arguments relevant to a new generation of readers who argued the notion that race is more about power and privilege rather than about ancestry, or even identity.

The book detailed how the Irish, who had first come to North America as indentured servants and were reviled by the more settled populations of English and Dutch Americans, became, by the mid-19th century, accepted as white. Sadly, Ignatiev argued, the Irish became incorporated into whiteness just before the Civil War, through support for slavery and violence against free African Americans. To become white, Ignatiev wrote, did not mean to be middle class, much less rich, but rather to be accepted as equal citizens and to have access to the same neighborhoods, schools and jobs as others.

But what about getting into the snootiest country clubs, huh? The Irish weren’t truly white until they could get into Chicago Golf Club and Myopia Hunt instead of just Winged Foot and Beverly.

Ignatiev’s argument touched off fierce debates; critics argued that he went too far in conflating racial and class privilege. He went on to found and co-edit a journal, known as Race Traitor, whose motto was “Treason to whiteness is loyalty to humanity.” His ideas seemed extreme for the time; critics called Ignatiev — who was Jewish — divisive, even self-hating.

At a 1997 conference at UC Berkeley, on “The Making and Unmaking of Whiteness,” Ignatiev argued that “whiteness is not a culture but a privilege and exists for no reason other than to defend it.”

“You’re white,” a New York Times interviewer asked Ignatiev in 1997. “Do you hate your own hide?”

Ignatiev replied; “No, but I want to abolish the privileges of the white skin. The white race is like a private club based on one huge assumption: that all those who look white are, whatever their complaints or reservations, fundamentally loyal to the race. We want to dissolve the club, to explode it.”

Ignatiev urged white people: “Be reverse Oreos. Defy the rules of whiteness — flagrantly, publicly. When someone makes a racial slur in your presence, say, ‘You probably think I’m white because I look white.’ Challenge behaviors that reproduce race distinctions.”

Heavily influenced by Marxism, Ignatiev said the journal’s purpose was to chronicle and analyze the making, remaking and unmaking of whiteness.