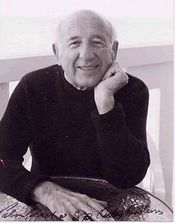 I was very sad to learn today that Father Pat Bascio died recently. He was the author of “On the Immorality of Illegal Immigration” a book which clearly explained the moral argument against border anarchy (see my review: Father Pat Bascio: A Rare Immigration Enforcement Voice in the Catholic Church). The upshot was that harming one group of people (poor American citizens) to improve the lives of a different group (illegal aliens from Mexico and beyond) could not be considered a virtuous social policy.

An obituary in the Dearborn County Register described a long and productive life, dedicated to following scripture and making the world a better place.

He was born Sunday, Jan. 2, 1927, in Boston, Mass., Son of the late Pasquale Bascio and the late Antoinette Quagliata Bascio.

According to stories published by Regiser Publications, Bascio was a pilot in the United States Air Force toward the end of World War II when he was drawn to the priesthood. Ordained in 1955 by the Holy Ghosts Fathers, Bascio served as a missionary in various countries: Tanzania, Trinidad, and Grenada. In the 1970s, he got involved in the Grenada revolution. He was appointed as Ambassador of Grenada to the United Nations. He is the only Priest to ever be an Ambassador to the United Nations.

Bascio, who originally wanted to work with blacks, also served as pastor for a church in Harlem before being asked to develop a Ph.D. program in humanities for the United States Naval War College at Newport, R.I., in the 1980s. Later, the priest filled in at a Cincinnati parish for a year, and spent several years in Trinidad and the Bahamas before retiring in February 2006. […]

I’m including the lecture he gave last October, where I met Father Pat, and was so impressed with his honesty, humor and warmth.

In Part 2, Father Pat described how in Harlem the jobs that a few years earlier were held by local black people were being done by foreign workers. He declared, “Illegal immigration has devastated the black community in the United States.” He said that other priests agreed that open borders are bad in many ways, but Father Pat was the guy who stood up and wrote a stirring book that said “the Christian leadership in America is leading us down the wrong path.” Big loss.