SLATE: To Fight Segregation, Taxpayers Should Pay Blacks to Move Out of Desirable Inner City Locations and Pay White Gentrifiers to Move in

Jonathan Zasloff is professor of law at the UCLA School of Law and co-author with Richard Sander and Yana Kucheva of Moving Toward Integration: The Past and Future of Fair Housing .

As I’ve been saying since 1988 when a white real estate developer encouraged me to move to Chicago’s Cabrini Green district to get in on the coming gentrification bonanza as the all black housing project was torn down and replaced with upscale condos more in line with its superlative location only a 20 minute stroll from the Magnificent Mile, blacks occupy some of the most potentially valuable urban real estate in America.

Now, in Slate, three white professors come out and say what I’ve been saying for years that white urbanites really mean:

…What can be done to decrease housing segregation more broadly? My co-authors and I propose a menu of policy choices, but perhaps the most important concept is the mobility grant. The idea is that people would get assistance in buying a home or moving to an apartment when their presence would help integrate the neighborhood. This would hold for blacks who move to a predominantly white neighborhood and for whites who move to a predominantly black neighborhood. These grants carry the explicit goal of integration, unlike “Section 8” vouchers, which do not focus on integration and in any event rely on landlords to accept them (two major reasons why they have had little impact on racial integration).

Mobility grants cannot eliminate all segregation all at once, but they could take a big whack out of hypersegregation in metro areas such as New York, Chicago, Cleveland, and Gary, Indiana, where the dissimilarity index is near or above .80. By giving potential movers a financial incentive to integrate, we hope to overcome the sociological barriers that keep too much of the country segregated.

A $10,000 grant to buy a house or pay for 10 months’ rent might induce people to examine overlooked neighborhoods, particularly if accompanied by appropriate advertising and counseling programs. It would not need to be a massive program but rather something well within the parameters of a normal (i.e., non-Trump) HUD budget. …

Such a program would increase gentrification, if whites take advantage of it. From an integration perspective, however, that is a good thing: We want whites to move into black neighborhoods just as we want the converse. The question of how to fix racial segregation has vanished from policy discussion for decades. It now needs to return, with an explicit commitment to integration itself. Ending hypersegregation is within reach. Reaching that goal will generate truly fair housing in America.

Lots and lots of sophisticated urban whites, such as, say, Rahm Emanuel, have been plotting for decades to push the black underclass out of the cities … for the blacks’ own good, you understand? That’s why the Emanuels do everything they do: to make people of other ethnicities better off. The entire concept of “population transfer” is completely unknown to the famous Emanuel family. It’s not like Dad Emanuel was a Jabotinskyite in Palestine in 1947-48? (Oh, he was? Never mind …)

The Emanuels and Daleys have been stuck holding the black hot potato for the last couple of generations, so it’s about time for blacks to get handed off to flyover whites for a century or two.

Anyway, the rich urban whites aren’t racists, unlike those nonrich nonurban whites in places like Dubuque whom they dump urban blacks upon after bulldozing Cabrini Green. Those other whites deserve what’s coming to them!

How can blacks be expected to hold jobs when they live in places like South Los Angeles with its hellish Mediterranean climate and inconvenient location right amongst the vast LAX jobs magnet, the booming Wilshire corridor, and the now hyper-booming downtown LA?

Similarly, how can our society cruelly condemn blacks to living in Brooklyn, San Francisco, and Washington DC? Blacks need to move to economically vibrant locations like Ferguson, Missouri and the Poconos. 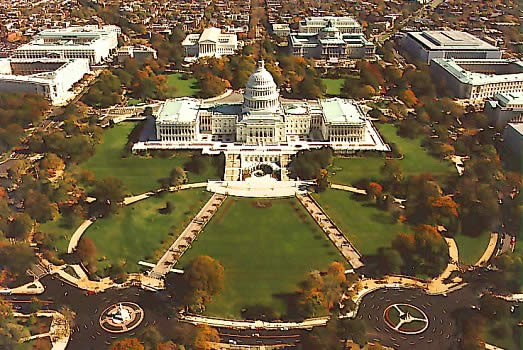 Why are thousands of blacks still forced to live in shadow of the U.S. Capitol building when there is plenty of room for them in West Virginia?

All those culturally powerful West Virginia white racists are keeping D.C. blacks from enjoying cheap rents amidst the beauties of nature in abandoned coal mining towns deep in the Appalachians. The elitist hillbillies who send their kids to all-white Marsh Fork Elementary School under the toxic coal sludge reservoir must be punished for their hate. Why are they allowed to hoard all the Magic Toxic Coal Sludge?

Not that inflicting diversity upon you is punishment, of course. Diversity is our — or, increasingly in the future, your — strength.

We must pay blacks to leave their hellholes next to the Supreme Court Building . And taxpayers must pay altruistic white Congressional staffers from Montgomery County to move to Capitol Hill.