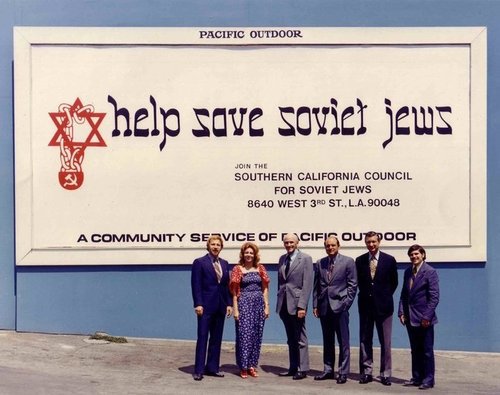 Short Memories: Nobody Remembers US Immigration Discrimination Against Soviet/Russian Gentiles

Updated, 10:42 p.m. | Donald J. Trump called on Monday for the United States to bar all Muslims from entering the country until the nation’s leaders can “figure out what is going on” after the terrorist attacks in San Bernardino, Calif., an extraordinary escalation of rhetoric aimed at voters’ fears about members of the Islamic faith.

A prohibition of Muslims – an unprecedented proposal by a leading American presidential candidate, and an idea more typically associated with hate groups – reflects a progression of mistrust that is rooted in ideology as much as politics.

Mr. Trump, who in September declared “I love the Muslims,” turned sharply against them after the Paris terrorist attacks, calling for a database to track Muslims in America and repeating discredited rumors that thousands of Muslims celebrated in New Jersey on 9/11. His poll numbers rose largely as a result, until a setback in Iowa on Monday morning. Hours later Mr. Trump called for the ban, fitting his pattern of making stunning comments when his lead in the Republican presidential field appears in jeopardy.

Saying that “hatred” among many Muslims for Americans is “beyond comprehension,” Mr. Trump said in a statement that the United States needed to confront “where this hatred comes from and why.”

“Until we are able to determine and understand this problem and the dangerous threat it poses, our country cannot be the victims of horrendous attacks by people that believe only in jihad, and have no sense of reason or respect for human life,” Mr. Trump said.

Asked what prompted his statement, Mr. Trump said, “death,” according to a spokeswoman.

Repudiation of Mr. Trump’s remarks was swift and severe among religious groups and politicians from both parties. Mr. Trump is “unhinged,” said one Republican rival, former Gov. Jeb Bush of Florida, while another, Senator Marco Rubio of Florida, called the ban “offensive and outlandish.” Hillary Clinton said the idea was “reprehensible, prejudiced and divisive.” Organizations representing Jews, Christians and those of other faiths quickly joined Muslims in denouncing Mr. Trump’s proposal.

Mr. Trump made his remarks a day after President Obama delivered a national address from the Oval Office urging Americans not to turn against Muslims in the wake of the terrorist attacks.

Experts on immigration law and policy expressed shock at the proposal Monday afternoon.

“This is just so antithetical to the history of the United States,” said Nancy Morawetz, a professor of clinical law at New York University School of Law, who specializes in immigration. “It’s unbelievable to have a religious test for admission into the country.”

She added: “I cannot recall any historical precedent for denying immigration based on religion.”

I can: Soviet non-Jews.

In fact, I knew a Russian who was trying to fake being Jewish so she wouldn’t be kicked out of the country for being the wrong religion/ethnicity.

Back in the 1990s, I knew one of the first of the great wave of Russian blondes to make it to the U.S. There was always a lot of drama revolving around whether or not the INS would kick her out of the country because her tourist visa had run out.

Her boyfriend wasn’t interested in marrying her, so she was always on the lookout for a fake husband to scam the INS with. But when that angle petered out, she moved on to assembling genealogical records from back home to prove she was Jewish and therefore could get asylum in the U.S.

I’d never heard anything about her being even a little bit Jewish before, and it seemed like every economist in Cambridge, MA was on retainer to the Yeltsin government by that point, but apparently it was a serious plan: if she could document her theory of being Jewish by descent, she could qualify for legal immigration to the U.S.. But if she were just a run of the mill Orthodox Christian, too bad, she was legally out of luck.