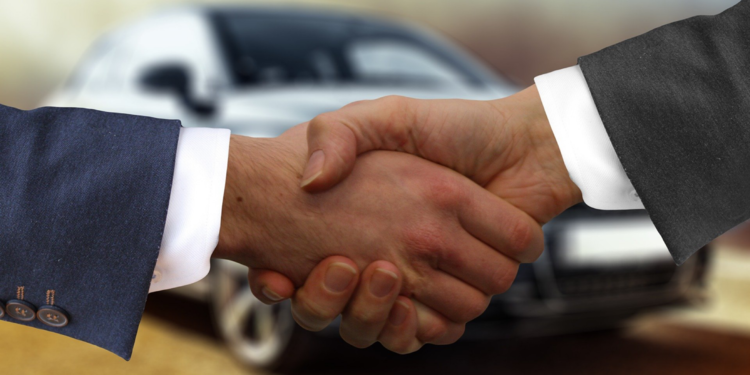 [Jefferson] Duarte [of Rice U.] and co-authors Stephan Siegel and Lance Young, of the University of Washington in Seattle, studied members of Prosper.com, an online lending site where people looking for loans are matched up with individual lenders.

Each Prosper.com loan applicant submitted a profile which included credit and work history, education level, income and an optional photograph of themselves for lender review.

Duarte hired a team of 25 people to rate the applicants' trustworthiness on a scale of one to five using only the photographs of the borrowers. The team also judged the probability that the borrowers would repay a $100 (72 pound) loan.

Those judged to be trustworthy by the team were more likely to get a loan from Prosper.com lenders and tended to have a credit score about 20 points higher than those determined to be untrustworthy, the researchers found.

"Untrustworthy" borrowers were seven percent more likely to default on their loan than a perceived trustworthy borrower with the same credit score.

"There is an array of information that you can get out of the pictures," Duarte said, adding that Prosper.com borrowers use photographs ranging from family portraits to snapshots of their pets.

"The pictures are revealing something about the behaviour of these people that is not taken into account in the credit score model," Duarte said.

To make sure that the evaluators' prejudices did not skew the results, the researchers controlled for race, age, gender, obesity, attractiveness and education, as well as financial factors like employment status, income and homeownership.

Of course, the really dangerous guys are the Bernie Madoffs and Sir Allen Stanfords who make the effort to look trustworthy. But, I'm always struck by how many dubious types make little effort to look less dubious. They seem to feel they are expressing their individualism, the Real Me.

In truth, they want affirmation and support from their peers, who are dubious sorts, too.

For example, why do car salesmen so often dress like car salesmen straight out of the Robert Zemeckis comedy "Used Cars?" Journalist Chandler Philips went undercover for Edmunds and worked at two San Fernando Valley car dealerships. His "Confessions of a Car Salesman" is well worth-reading.

I knew these interviews came in threes, so I wasn't surprised when Craig walked into the room. He told me that he had been a schoolteacher before he got into the car business. I could see him as a teacher – he had a warm, intelligent manner. He said that being a car salesman was hard on your life. "Truth of the matter is, you lose all your friends. Not because you're a car salesman, but because when you're around, they're not. And when they're around, you're not. You wind up making all new friends." ...

Car salesmen and women seem to exist in their own world. What they think is cool is viewed by the public as tacky and obvious. For example, why do they insist on wearing white shirts and silk ties? Or what about gold watches, rings and chains? Who wears that stuff anymore? Don't they realize they are turning themselves into walking cliches? The only answer I came up with was that, as a salesman, I spent all my time with other salesmen. They were my friends. Believe it or not, I tried to fit in, to belong. So I began to develop an interest in gold ties, white shirts and dress shoes. I even grew a goatee because a lot of the guys had beards. And I put gel on my hair and combed it straight back.

The general public doesn't think all that highly of high pressure salesmen, and that air of social disapproval will eat away at the crucial self-confidence of the salesmen. So, they tend to impose and Us vs. Them attitude on each other, hanging around after work with each other and with the kind of women who like high pressure salesmen. Moreover, the sales managers encourage their salesmen to go into debt to buy fancy cars, clothes, jewelry, houses, and the like, telling them they have to maintain a professional appearance and challenging their manhood if they don't think they can afford all that. That keeps them on the hook working at a job they may not really like but that makes them more money than they can make elsewhere.

I suspect when all the foreclosure statistics in the Sand States are toted up, we'll see that real estate agents, mortgage brokers, and other insiders got themselves in over their heads at a disproportionate rate. A similar dynamic was probably at work on Wall Street, just on a higher dollar scale.