SFgate.com Highlights ‘A Christmas Story’ but Ignores How Its Director Died

SFgate.com, the online home of the San Francisco Chronicle, recently underwent a rejiggering to make it more of a lifestyle site and less of a news source. Typical of the new format was a slide show with then-and-now photos: A Christmas Story: Where are they now?

Thirteen sets of photos are presented, with the final one being of the late director, Bob Clark. SFgate’s caption was disappointing in its lack of specifics:

Bob Clark directed ‘A Christmas Story.’ He later went onto direct several B-list movies, ‘Baby Geniuses’ and ‘Karate Dog.’ Clark and his son died in a tragic car accident in 2007. 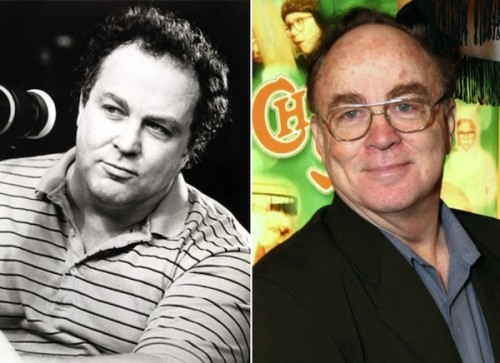 In fact, the “tragic car accident” was a DUI crash caused by a blotto-drunk illegal alien who smashed head-on into Clark’s car after crossing the median on the Pacific Coast Highway a few minutes from Clark’s home in Pacific Palisades. Both Clark and his 22-year-old son were killed. The alien, Hector Velazquez-Nava, had a blood-alcohol level of three times the limit and was driving without a license. Nava pleaded no contest to two felony counts of gross vehicular manslaughter while intoxicated and was sentenced to six years in prison.

MICHAEL LEVINE: Well, it’s nauseating, Bill. I mean, he was a very talented and gentle man, a man who was frankly underappreciated by our industry. But this happened.

And there’s been silence. The mayor, the city council, the supervisors, the L.A. Times have all said nothing. And if Fluffy the cat had gotten murdered that day, the city would have closed down. It’s a nauseating, grotesque injustice that this man was killed and his son was killed.

When actor George Clooney recently asked Hollywood heavyweights to sign a petition supporting free speech following the cyber-attack on Sony Pictures by North Korea, he could not get a single signature.

Such cowardice was no surprise to anyone familiar with the fate of Bob Clark. The film community congratulates itself on its bravery for supporting easy liberal issues where there is no danger, but any difficulty reveals Hollyweird’s spinelessness.