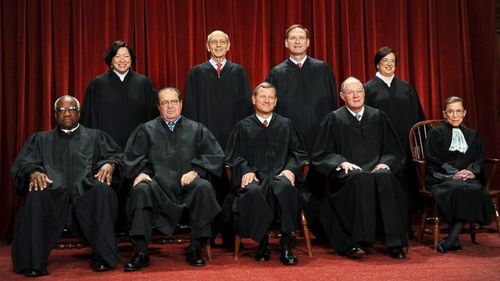 Sessions On Obamacare Decision: Drop The "Illusion That We Can Rely On Judges", Rally "The Everyday Voting Citizen"

Jeff Sessions issued this statement after the Supreme Court's decision on Obamacare came down:

Sessions On SCOTUS Obamacare Ruling: ‘Should Dispel For Good The Illusion We Can Rely On Judges To Save Us’

WASHINGTON—U.S. Sen. Jeff Sessions (R-AL) issued the following statement today after the Supreme Court acted again to rescue the unconstitutional Obamacare law and the illegal executive actions stemming from it:

“The Supreme Court’s Obamacare acrobatics should dispel for good the comforting illusion that we can rely on judges to save us. Whether on socialized medicine, executive amnesty, or any other action which erodes our Constitution and the authority of Congress, conservatives will have to rally the everyday voting citizen. There is no greater power than winning the trust and loyalty of the American people. We will need to put down the donor agenda, pick up the banner of the American worker, and carry it to victory.”