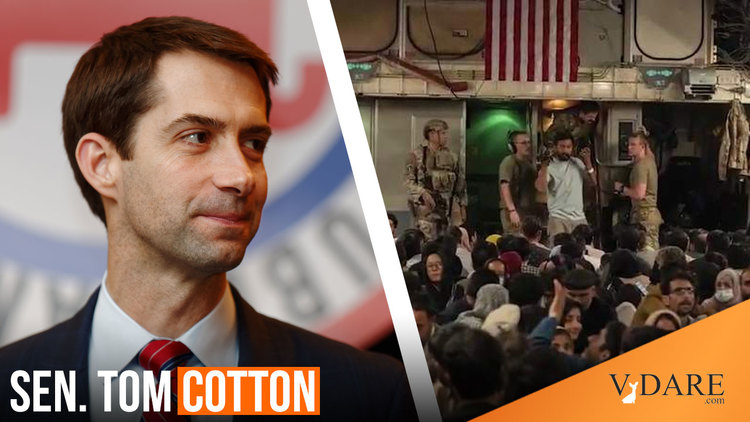 Senator Cotton: Who Are They, And Where Did They Go?

That is what Republican Senator Tom Cotton of Arkansas has asked the Department of Homeland Security reporter John Binder at Breitbart.

You have probably seen the news, but just in case you didn’t know that some of Biden’s Afghans are not waiting for the nine resettlement contractors to pick their new homes in America choosing instead to walk away from military bases where they have been housed.   So much for robust vetting! 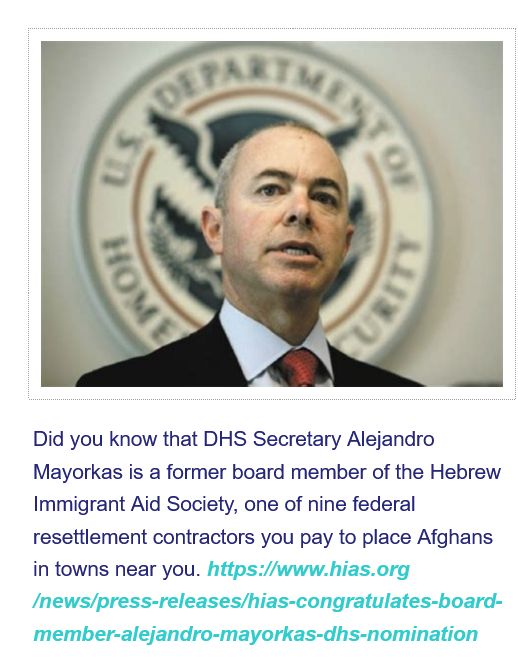 Editor:  Binder is keeping up with the latest Afghan evacuee news, so if you don’t read his reports you should.

Last week, Reuters reported that at least 700 Afghans had fled U.S. bases in Wisconsin, Virginia, Texas, Indiana, New Mexico, and New Jersey for American communities before having been resettled by refugee contractors.

At Fort Bliss in El Paso, Texas, alone, the report stated that more than 300 Afghans had left since they started arriving weeks ago as part of Biden’s massive operation that plans to bring at least 95,000 Afghans to the U.S. for resettlement in 46 states.

In a letter to Department of Homeland Security (DHS) Secretary Alejandro Mayorkas, Cotton asked for information on the Afghans leaving U.S. bases. — including their immigration statuses and if they received approval from DHS to leave.

More on Afghan evacuees at my other blog, RRW.

[Crossposted from Frauds, Crooks and Criminals, where you can comment.]