It’s interesting how easily President Obama jumped to his comfortable fiction about Arizona’s state immigration law being all about racial profiling. It happened when the debate turned to illegal immigration

[. . . Gov Romney] called the Arizona law a model for the nation. Part of the Arizona law said that law enforcement officers could stop folks because they suspected maybe they looked like they might be undocumented workers and check their papers. 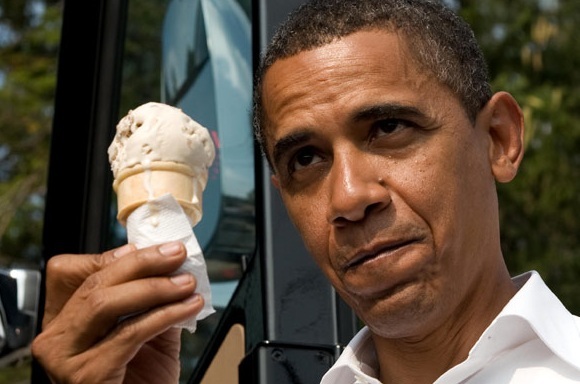 Did Obama the former law professor snooze through this year’s Supreme Court decision that allowed police to check immigration status during lawful encounters? There was never a provision of SB 1070 to do mass round-ups, but race profiling was the convenient lie the raza-tarians and compliant media used to spew the racism charge.

“You can imagine if you are an Hispanic American in Arizona, your great grandparents may have been there before Arizona was even a state, but now suddenly if you don’t have your papers, and you took your kid out to get ice cream, you’re gonna be harassed,” Obama said, referring to the statute at a April rally in Iowa. CNN, May 16, 2010