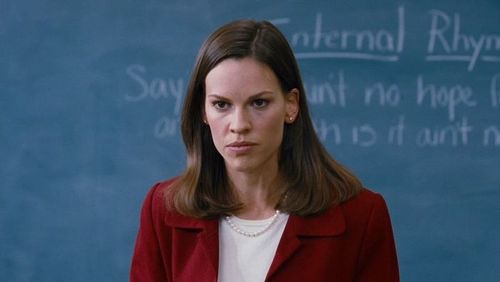 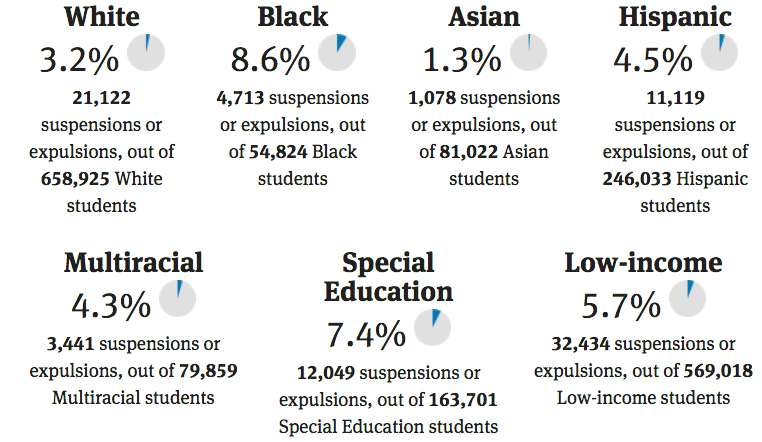 The racial gap starts as young as age 5, and it’s persistent enough that civil-rights investigators are taking note.

Judging by the numbers, black students in Seattle appear to cause four times more trouble than their white classmates, because that’s the rate at which they get suspended from school.

More than 800 black students were sent home last year, many missing weeks of instruction for comparatively low-level offenses like “disruptive conduct” or “disobedience” or “rule-breaking.” At some schools such as Seattle’s Washington Middle — where, despite comparable populations, 94 African-American kids were disciplined and just seven whites — the data is so lopsided that confrontation with uncomfortable questions becomes difficult to avoid.

As striking as the racial split is the age at which it begins: kindergarten.

The reason given for these sanctions speaks to the enormous role that individual judgment plays in disciplining kids. While there were only 119 suspensions for clear-cut violations like alcohol, tobacco or drugs, schools logged a whopping 7,479 incidents for “other behavior.”

The meaning of this data confounds African-American parents, who wonder whether white teachers are targeting their children and has made educators increasingly uncomfortable. …

Education Lab is a Seattle Times project that spotlights promising approaches to some of the most persistent challenges in public education. It is produced in partnership with the Solutions Journalism Network, a New York-based nonprofit that works to spread the practice of solutions-oriented journalism. Education Lab is funded by a grant from the Bill & Melinda Gates Foundation.

Thanks, Bill. Glad to see all those years I paid the DOS/Windows monopoly tax have gone to funding intelligent articles like this one.