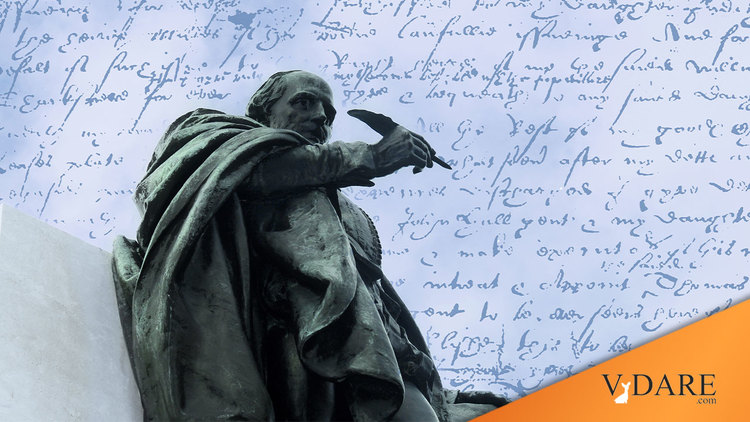 Scorn Not The Sonnet!

The annihilation of our culture proceeds apace. Here's some news from across the pond concerning poetry.

The Daily Mail reported May 15th that a university in England has dropped sonnets from its Creative Writing course as part of a program to "decolonize the curriculum." Sonnets, say authorities at the University of Salford, are, quote, "products of white Western culture."

University of Salford cancels SONNETS from writing course because they are 'products of white Western culture' amid push to 'decolonise the curriculum'. Destroying British culture in the name of multiculturalism, it's not progress.https://t.co/8mu3UiER5W @MailOnline

This kind of philistinism is less surprising in the realm of poetry than it might be elsewhere. Our culture has for decades been deeply un-poetic. Here is a thing I myself wrote back in the year 2000:

And yet, whenever you actually hear someone quote poetry, it is always something old. I feel sure that whole days go by when no mouth anywhere in the United States spontaneously, in a non-pedagogical context, quotes any line from any American poem later than Frost's "Stopping by Woods." Ask any well-educated, but not particularly literary, friend to quote four lines by a living poet. Now ask your dentist, your mechanic, your plumber. You will be lucky to get anything but blank looks and shrugs.

[In the Bivouac of Life: Longfellow and the Fate of Poetry, New Criterion, December 2000]

I note in passing that "Stopping by Woods," published in 1923, was actually written in 1922. My complaint, therefore, updated to 2022, is that no one outside a classroom spontaneously quotes verse less than a hundred years old.

So the actual creation of poetry that anyone thinks worth memorizing has ceased long since. We've still had pre-1922 poetry to enjoy; but now, in the interests of decolonizing their curriculum, our colleges are discouraging students from exploring even that.

It's particularly sad that the vandals have picked on the sonnet. It may indeed be the most unacceptably white of poetic forms, but it is also one of the oldest and most fertile. Of the couple of dozen poems I can recite from memory, around half are sonnets.

I have written sonnets, too, both Shakespearean and Petrarchan. I may in fact be—I think I probably am—the only person ever to have published a sonnet in the "Letters" columns of the Wall Street Journal (January 9th, 1996). At an even higher level of probability, I am well-nigh certain that I am the only person ever to have published sonnets in the "Letters" columns of both the Journal and Mathematics magazine (October 1997 issue).

All right, all right, sorry for the self-advertisements. I just want you to know that sonnet-wise you are not dealing with an amateur here.

The great master poets of the past have so loved the sonnet that one of them, William Wordsworth, was moved to write a sonnet about sonnets. The title of that sonnet was, very appropriately to this week's news, "Scorn Not the Sonnet." Am I going to read it to you? Of course I am. You need to know that Tasso and Camoëns were poets of the sixteenth century, Tasso Italian and Camoëns Portuguese.

Here we go: "Scorn not the Sonnet" by William Wordsworth.

Scorn not the Sonnet; Critic, you have frowned,
Mindless of its just honours; with this key
Shakespeare unlocked his heart; the melody
Of this small lute gave ease to Petrarch's wound;
A thousand times this pipe did Tasso sound;
With it Camoëns soothed an exile's grief;
The Sonnet glittered a gay myrtle leaf
Amid the cypress with which Dante crowned
His visionary brow: a glow-worm lamp,
It cheered mild Spenser, called from Faery-land
To struggle through dark ways; and, when a damp
Fell round the path of Milton, in his hand
The thing became a trumpet; whence he blew
Soul-animating strains—alas, too few!

Take that, University of Salford!