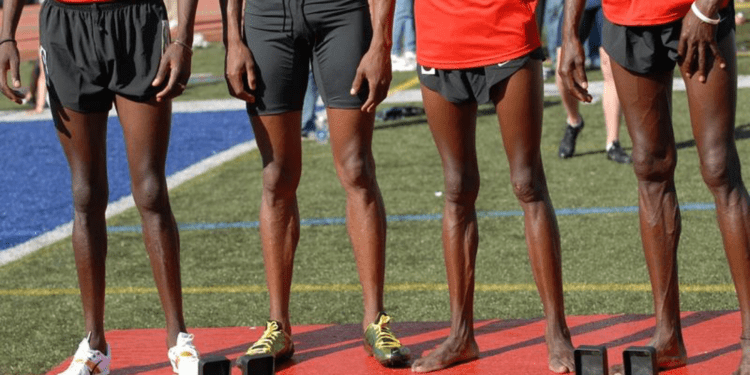 Greg Cochran has a very funny review of Angela Saini’s review in Nature of a book about race and sports. Her piece is in response to my derisive review of Saini’s Science Denialist book Superior: The Return of Race Science:

Now you’d think that if you were trying to defend blank slatism, you wouldn’t want to spend much of your time on your weakest possible point, any more than a PR-wise Stalinist would go on and on about how wise and good Katyn Forest was: how the Chekists killed those Polish POWs in self-defense, after a heroic struggle, etc. Arguing for zero physical differences between populations is that weak: everyone can see them, for Christ’s sake. And a lot of people are very interested in, and knowledgeable about, sports.

Yet, in Saini’s review, she does just that.

My impression is that Saini is a ladylike Indian lady with a husband and a child who has zero innate interest in sports, so she is as ignorant of sports as I am of soap operas.

She’s pushing obvious falsehoods – not just ones that can only be noticed by the elite that know how to do long division.

For example: “Some have speculated that Kenyans might have, on average, longer, thinner legs than other people.”

And then Greg shows a picture of a Kenyan relay team who “have, on average, longer, thinner legs than other people.”

My impression is that Current Year thinkers seem to assume that the more obviously factually wrong they are, the more Pokemon Points they deserve: It’s a stereotype that Kenyan runners tend to be skinny, therefore it can’t be true.

Anyway, Claire Lehman, the pretty editrix of Quillette, weighed in on Twitter on the ridiculousness of Saini being granted a pulpit in Nature to expound on her ignorance.

Then N. N. Taleb denounced Lehman in defense of Saini. (My 2018 response to Taleb’s Science Denialism on IQ is here.)

Then America’s new-found top intellectual, Israeli political philosopher Yoram Hazony, jumped in in defense of Taleb against Lehman, although he later backed off.