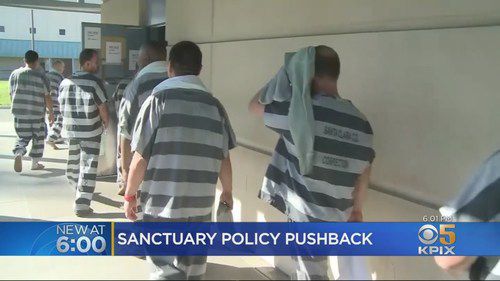 Local police and other friends of public safety were outraged on Tuesday when the county supes unanimously chose to maintain its sanctuary policy. The debate was sparked by the murder of Bambi Larson by an illegal alien from El Salvador, Carlos Eduardo Arevalo-Carranza.

Protecting public safety is supposed to rank high on the priorities of elected officials, so the decision of Santa Clara County to maintain its sanctuary policy even when it arguably contributed the death of a San Jose woman did not go over well during the supervisors meeting.

Below, illegal alien Carlos Eduardo Arevalo-Carranza (left) stabbed Larson to death in her home, inflicting “extensive and deep” wounds on the mother of two. 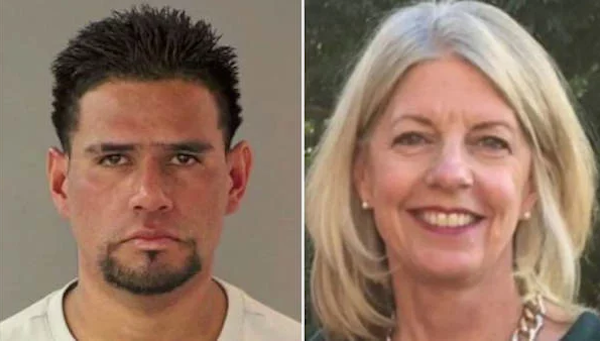 Arevalo-Carranza had been arrested multiple times in San Jose since 2014 for meth possession, false imprisonment, prowling and battery on a police officer. ICE says it has filed detainer requests seven times with Santa Clara County, but they were ignored due to the county’s sanctuary policy.

San Jose Police Chief Eddie Garcia disagreed with the supervisors’ decision. “This is not just a local issue, but a national issue,” he remarked. “And I know I speak for major city chiefs around the country when I say decisions like this are disappointing and frustrating at the same time.”

One supervisor tried to explain the skewed thinking behind the vote: “We must separate issues of immigration status from administration of our criminal justice system and today’s decision strengthens and clarified that separation,” Supervisor Susan Ellenberg said in a statement. “Santa Clara County has long been a shining example of open and progressive thought, diversity and inclusion for the state of California and the nation.”

During an earlier supervisors meeting about the sanctuary policy, Larson’s cousin Rick Loek was taken aback by some of the crowd’s preference for alien lawbreakers, noting, “I’m surprised anybody would argue in favor of keeping a violent criminal in this country.”

In the video below, Paul Kelly of the San Jose Police Officers Association said the supervisors were “deaf to solving he problem because they’re playing politics. . . What they should worry about first is the safety of our people.”

Hundreds of people packed the Santa Clara County Supervisors chamber on Tuesday to find out whether the county would be making a critical change to its sanctuary city policy.

Many are demanding the county make a change to better work with immigration officials. Meanwhile, immigrant rights groups are urging supervisors not to make any changes.

After the death of Bambi Larson, supervisors gave staff 60 days to come up with modifications to the policy. Those 60 days are up, and staff is siding the immigrant rights groups.

Larson’s murder prompted supervisors to revisit the county’s sanctuary policy. Police say she was killed by an undocumented immigrant with a long rap sheet.

Immigrant agents on several occasions put holds on the release of Carlos Eduardo Arevalo Carranza. The holds, known as detainers, were requested so agents could come take him away.

County staff was tasked with finding a way to legally tweak that policy.

“We are recommending against the implementation of any notification policy,” Santa Clara County Executive Jeff Smith said.

Before Tuesday’s board meeting, immigrant rights groups celebrated the staff decision outside the chambers.

“We already have ICE picking up individuals in our community every day,” said Priya Murthy with Services, Immigrant Rights, and Education Network. “We don’t need to be giving them more avenues and be able to instill fear in our communities.” (Continues)