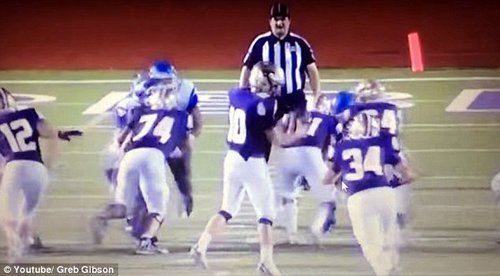 NYPD recently tackled a black tennis player because an informant pointed to him and said, in effect "That's the guy."  And in San Antonio, Texas, two football from the John Jay High School physically attacked a referee on the football field. That's what this is about.

I'd never heard of James Blake, but here he is: 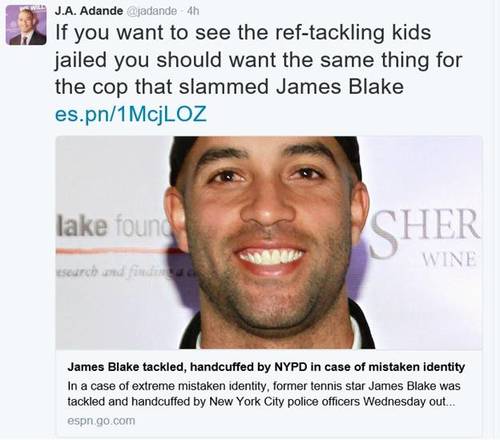 Blake is "biracial" —middle class African-American father, white British mother—and it's hard in some photographs to tell he's black at all.

Here's the video of the San Antonio players targeting the ref:

The story about this doesn't mention race. While the James Blake story will be presented as  Former tennis champ 'slammed' to ground by white officers,  or  Black Tennis Star Tackled By 5 White Police Officers,  you are not seeing "Black Players Brutalize White Referee."

But if you want to know the race of the players, this will give you a clue: Texas high school players allege referee in incident used racial slurs, ESPN, September 9, 2015.

And a coach at John Jay High School has been suspended for allegedly encouraging the players to do this:

According to WFAA, the players told school district officials that Mack said, “that guy needs to pay for cheating us,” or “words to that effect.”

That's from Mack Breed: 5 Fast Facts You Need to Know, Heavy.com, September 8, 2015. Of course, they don't mention the one fast fact you want to know, but here's a picture: 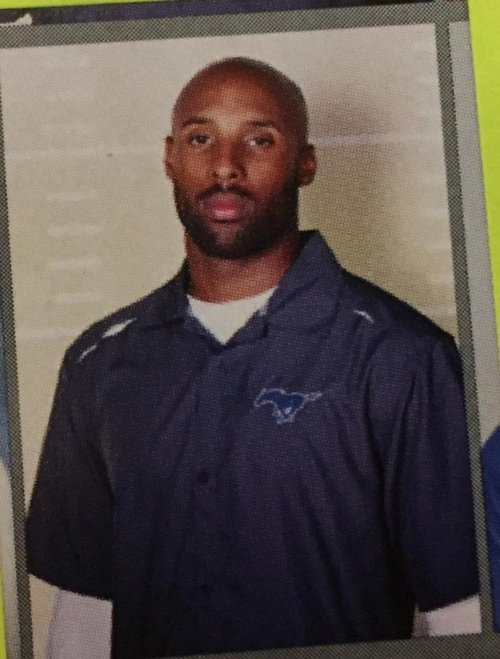 On, and one more picture: