SALON Is Fine With Bill Maher Attacking Jesus, But Let Him Say ONE WORD About Muslim Killers...

This article, by skeptic Michael Shermer, appears in SALON:

Bill Maher is right about religion: The Orwellian ridiculousness of Jesus, and the truth about moral progress

This isn't an original SALON article, it's an excerpt from Shermer's new book The Moral Arc. (When he's not attacking religion, Shermer writes books like Why People Believe Weird Things about pseudoscience, and books about Darwin.)

Bill Maher is an atheist who made famous documentary called Religulous attacking various religions. In a 1997 interview, he repeated this joke about his own religious background:

On my first Tonight Show I said I was half Jewish and half Catholic, so I used to bring a lawyer into confession. “Bless me, Father, for I have sinned. I think you know Mr. Cohen.” Johnny Carson loved that.

But if you search for Maher and Muslim, or Maher and Islam in Salon's archives, or Maher and Islam, you get pages of stuff not saying "Bill Maher is right about religion", but going on about how secretly nice Muslims are, and how evil Maher is for criticizing them, and finding some Muslim journalist or spokeman to say it. 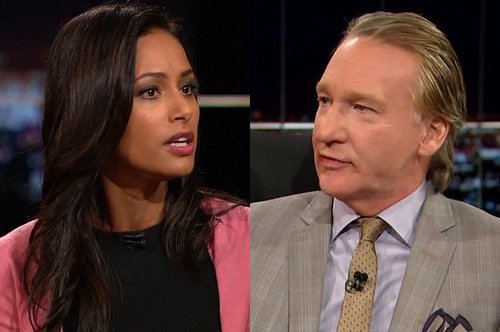 Bill Maher's “disturbingly oblivious” — and not the liberal in this debate

Rula Jebreal to Bill Maher: “When you talk about Islam in a certain way… some people feel threatened”

EXCLUSIVE: Rula Jebreal sounds off on Bill Maher Islam spat: “What he is doing is un-American”

Shame on you, Michael Moore: Why his defense of Bill Maher was unacceptable

Bill Maher's slippery slope: Why his war on Islam could hit closer to his own home

November 13, 2014 It's true, parts of the Quran may condone violence. Does Maher want other books and media held to this standard?

December 5, 2014 The host of "Real Time with Bill Maher" is unapologetic when it comes to his comments about Islam.

That is part of one page of Salon on Maher on Islam.

So what does atheist Maher have to do to get any respect for his hatred of religion from Salon? He has to attack Christianity. See Salon's articles tagged "Christianity" and my article “Christophobia”—The Prejudice That Barely Has A Name.