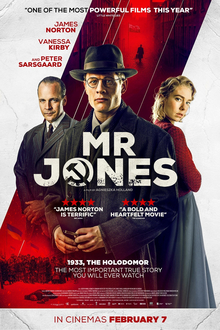 Duranty, who won a 1932 Pulitzer Prize for his PR work for the Kremlin in the Times, remains something of an enigma despite his notoriety as a propounder of Fake News. What motivated Duranty to paint such a rosy picture of the Five-Year Plan?

In an era of grim ideologues, Duranty was a charming mountebank. Journalist Malcolm Muggeridge, who knew him in Moscow during Duranty’s glory days in the 1930s, recalled four decades later:

I always enjoyed his company; there was something vigorous, vivacious, preposterous, about his unscrupulousness which made his persistent lying somehow absorbing.

In the years after the stock market crash of 1929, when only the Soviet Union appeared to have any money to spend, many intellectuals quickly became converts to Marxism. (Few, though, wondered where Stalin was getting the money to buy foreign factories and subsidize visits by luminaries like George Bernard Shaw.)

But the chauvinistic Englishman Duranty was never a true believer in leftism. He liked free speech and capitalism just fine in the West. Instead, he saw Russians as Asiatics racially incapable of democracy, requiring a cruel czar to rule over them.