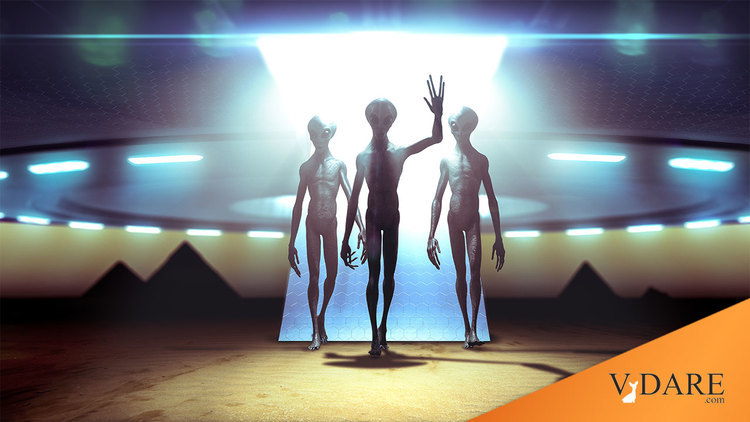 Sailer in Taki's: The UFO Menace

From my latest column in Taki’s Magazine:

Former Senate leader Harry Reid (D-NV) proudly claims to have slipped $22 million into the Pentagon’s “black” budget a decade ago to fund a secret Pentagon department to keep an eye on the UFO Menace. The Advanced Aerospace Threat Identification Program, the former DoD agency started by the Senate majority leader, released video of a UFO said to have been filmed in 2004 by F-18 pilots sent to track a mysterious paramecium-shaped dot.

Reid says he launched the Pentagon office without needing to tell any fellow members of Congress other than the octogenarian Lions of the Senate Daniel Inouye (D-HI) and Ted Stevens (R-AK), both of them now deceased.

So maybe there really is an Inner Party of all-knowing insiders after all? Perhaps your average Al Franken-level senator isn’t clued in to the really big secrets, but if you come from a small-population state without much political competition and keep getting reelected, finally they induct you into the club within a club that worries about the things that really matter, such as UFOs?