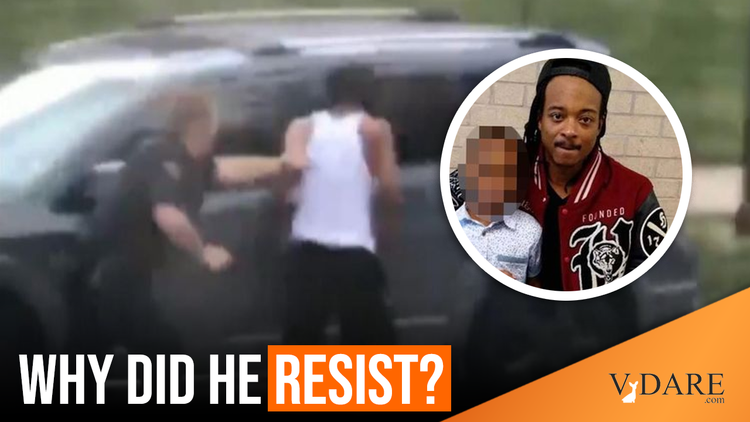 Sailer in Taki's: The Social Construction of Black Self-Destruction

From my new column in Taki’s Magazine on some larger lessons from the Kenosha riots:

Egged on by Joe Biden and Wisconsin governor Tony Evers, a mob of Black Lives Matter rioters has been burning down Kenosha, Wis. They are angry over the latest police shooting of yet another black criminal who assumed he is racially entitled to resist arrest.

The new Zeroth Amendment to the Constitution reads “No Black man must submit to being arrested if He’s really not in the mood to be arrested.”

(The old Zeroth Amendment—“Everybody on Earth has the right to immigrate to America and Americans aren’t allowed to object”—was demoted to the Negative First Amendment about the time in June it was decided that blacks are now Blacks.)

As the Milwaukee Journal-Sentinel reported:

Police arrived and wanted to talk with [Jacob] Blake, but he wasn’t interested and started putting his kids in the car to leave, the neighbor said.

One of the matters the cops may have wished to speak to Blake about was his open warrant for felony sexual assault. But in 2020, if he’s not interested, a Black man doesn’t have to discuss his warrant with nobody.

So, Blake fell to brawling with the police. Eventually he was tased, but without apparent effect. …

Overnight, there were several shootings during the third night of Kenosha riots.