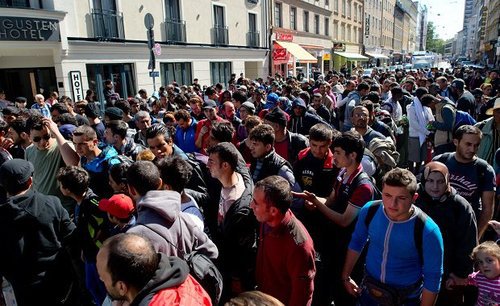 Gradually and Then Suddenly

Europe’s self-inflicted “migrant crisis” ought to serve as a warning to Americans citizens that there’s no time like the present for planning ahead to stymie similar mass assaults on America’s borders.

“How did you go bankrupt?” Bill asked.

And in turn, the sudden deluges exacerbate continuing trickles for decades afterwards. …

It’s time for Americans to start thinking like Israelis rather than like Germans when it comes to defending their country.