Saboteurs Even In The Border Patrol—Are They Hispanic?

Reports are out that not everyone in DHS is on board with the new policies enunciated by President Trump.  I predicted resistance, but not from certain parts of the immigration bureaucracy.  It is no surprise to me that there is resistance to the new regime in the U. S. Border Patrol (USBP).  Every organization has its malcontents, and the USBP, despite its authentic and powerful esprit de corps, is no exception. However, I am certain The Resistance, as the Democrats are styling themselves, is small and ineffectual, at least in the USBP.  In any event, they can be smoked out quite easily.

Some border patrol stations have been slow to carry out President Donald Trump’s immigration enforcement executive order and instead have continued former President Barack Obama’s “catch-and-release” policies, according to a union official. 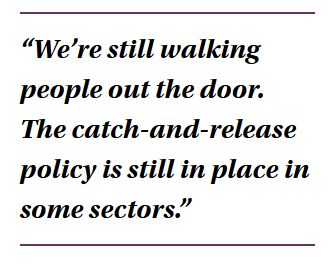 Brandon Judd, president of the National Border Patrol Council, told LifeZette that he raised concerns Thursday with U.S. Border Patrol Chief Ronald Vitiello. He said he is confident that issue soon will be corrected.

But Judd said as recently as Thursday, some border patrol stations were still releasing border-jumpers, often without even issuing notices to appear in immigration court hearings. Obama’s policy was to release anyone claiming to have been living continuously in the United States since before Jan. 1, 2014, if they did not have criminal records or active warrants.

Frankly though, I did not expect such flagrant insubordination from USBP managers.  While 8 years of Obama did do damage to the USBP, most of the problem was in higher management at headquarters in DC, as exemplified by the rogue appointment of Mark Morgan as the shortest lived Chief of the USBP.  And betrayal is not uncommon at the head of the USBP; David Aguilar was a former Chief, but despised by the rank and file because of his support for amnesty, but he, like Morgan, was a political appointment, but under the much despised Jorge Bush. 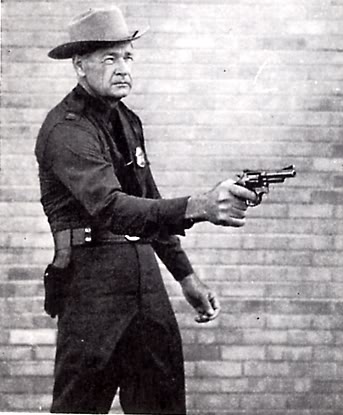 So there is a small cadre of America hating agents in the management of the USBP, mostly a segment of the Hispanic presence in the USBP.  Not to denigrate Hispanic USBP agents, but generally, those who oppose the USBP mission are Hispanic, women, Blacks, or homosexuals.  And are also more likely to be corrupt, much more likely than the quintessential white Border Patrol Agent (BPA), like Bill Jordan.  Not to denigrate at all the many Hispanic BPAs who serve aggressively and honorably, like Jose Compean and Ignacio Ramos.

I can say from 25 years in Federal law enforcement, there are quite a few time servers and lazy Democrats in the Service who are not committed to mission in the Department of Homeland Security (DHS), especially in U.S. Citizenship and Immigration Services (USCIS), a problem child, of which I have written on the issue of disciplining them and their sabotage of immigration enforcement. And I would like to ask National Border Patrol Council President Brandon Judd to forward the names and the Stations of those Chief Patrol Agents (CPA) who are refusing to implement President Trump's orders, so those CPAs can get the publicity they so richly deserve.  Please contact me or VDARE.com directly.

You can also contact the Chief of the United States Border Patrol, Ronald Vitiello, directly via Twitter at @USBPChief, and ask what he is doing about this insubordination.  Sorry, no email.