From blogger Hognose, a retired Special Forces Sergeant, at Weaponsman.com:

The University of California, Berkely, has a well-staffed police department with, largely, professional officers… and dreadful leadership. Jack Dunphy (pseud.) takes down their feckless Chief’s stand-down order in the face of a violent riot.

Hundreds of rioters committed thousands of crimes, and the police were not only forbidden to make any arrests, but they were even forbidden to identify the criminals. Because the Chief sympathized with the rioters.

Napoleon said, “There are no bad regiments, only bad colonels,” and while he wasn’t referring to police leadership, he really was.

We've said, repeatedly, that "ruthless coercion"— which means fighting back against rioters with appropriate levels of force, and arresting and charging the rioters—is the only way to deal with riots, and that was what Berkeley didn't do, because the local police didn't want to hurt the rioters.

Here's the LAPD's Jack Dunphy  on the Berkeley  riots:

[Berkeley Police Chief Margo Bennett] was quoted in a Sunday Los Angeles Times story justifying her inaction against the campus mob. Taking action against the rioters, she said, would have created “a lethal, horror situation.” Then she resorted to the modern police chief’s rationalization for failing to uphold the law: “We have to do exactly what we did last night: to show tremendous restraint,” she said.

Ah, yes, “restraint.” In other words, Chief Bennett will protect individual rights, protect property, and all the rest, just as long as doing so doesn’t require her officers to use force against people whose opinions are favored by school’s administrators and faculty.

On the Berkeleyside website, Chief Bennett did her best to obfuscate the facts and further rationalize her inaction:

We are getting a significant amount of criticism from outside of the East Bay area, and my only response to that is: Crowd control situations are different than a military exercise or an active shooter situation,” she said. “It’s just a different approach and a different set of tactics that you have to use in order to not escalate the situation, in order to control it. People have a hard time understanding that. I get it.

No, she doesn’t. It’s all well and good to show restraint so as not to escalate a situation, and no police leader worthy of the term would deny it. But when a situation has already escalated to the point of vandalism, when it has already escalated to the point of physical assaults on helpless innocents, police have a duty to intervene and bring the lawless conduct to a halt.

Of course crowd-control tactics are “different than a military exercise or an active shooter situation.” But there are recognized tactics that can be employed in these situations and should have been in Berkeley. These do not involve taking shelter inside a building while rioters are rampaging just beyond the doors.

Dunphy is a veteran of the Rodney King Riots, and has described how the cowardice and inaction of one Police Lieutenant at Florence and Normandie led to the riots getting out of hand, and thus caused a number of civilian casualties—at the hands of rioters, not police.

The cause of rioting is not whatever reasons the rioters themselves give, but the decision of the local authorities to let them riot.

The late Eugene Methvin, writing in the pre-purge National Review at the time of the Rodney King riots said that

Methvin was old enough, and historian enough, to include some of the white riots of the Jim Crow era on his list. (“Atlanta in 1906; East St. Louis in 1917; Charleston, Chicago, Washington, Boston, and Knoxville in 1919; Harlem in 1935; Detroit in 1943.”) The same rules apply—but the rioters are outraged about different things. The Atlanta Riots of 1906 started when, according to Wikipedia “Atlanta newspapers reported four sexual assaults on local white women.”

As far as the recent Berkeley riot is concerned, a better comparison is the Mother's Day, 1961, attacks on the Freedom Riders during the Civil Rights days in Alabama. I understand the Alabamans were right to be worried about the New Reconstruction, but that doesn't justify this kind of thing:

The point is that not only did mobs attack bus riders, and set at least one bus on fire, but they did it with the permission of the Chief Of Public Safety, Eugene "Bull" Connor, whose WikiPedia article says:

The Freedom Riders arrived in Birmingham on May 14, 1961. After their stop in Anniston, Alabama, the Greyhound bus was attacked and they were offered no police protection. After they left the town, they were forced to stop by a violent mob that firebombed and burned the bus, but no activists were fatally hurt. A new Greyhound bus was put into service and departed for Birmingham. The activists on the earlier Trailways bus had been accosted by KKK members who got on the bus in Atlanta and beat up the activists, pushing them all to the back of the bus.

As the Trailways bus reached the terminal in Birmingham, a large mob of white Klansmen and news reporters was waiting for them. The Riders were viciously attacked soon after they got off the bus and attempted to get service at the all-white lunch counter. Some were taken to the loading dock area, away from reporters, but some reporters were also beaten viciously with metal bars, pipes and bats and one's camera was destroyed. After fifteen minutes, the police finally arrived but by then most Klansmen had left.[11][12]

Connor made no arrests and his forces had permitted the KKK time to attack the activists before moving into the scene. Connor purposely let the Klansmen beat the Riders for fifteen minutes with no police interference. He publicly blamed the violence on many factors, saying that "No policemen were in sight as the buses arrived, because they were visiting their mothers on Mother's Day".[13]

So here's the point—as a result of the negative publicity occasioned by Connor's actions, the Federal Government would send the FBI and Federal Marshals to deal with police chiefs who acted this way. The President at the time, LBJ, was a man who didn't like being defied, and was willing to use the Federal hammer on local authorities.

Does America have a President like that now? Perhaps it does. 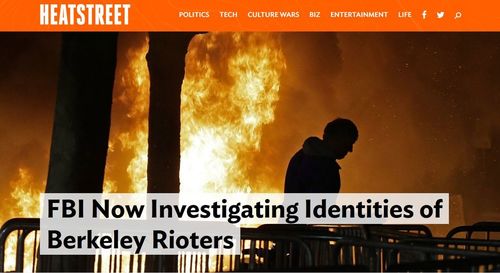