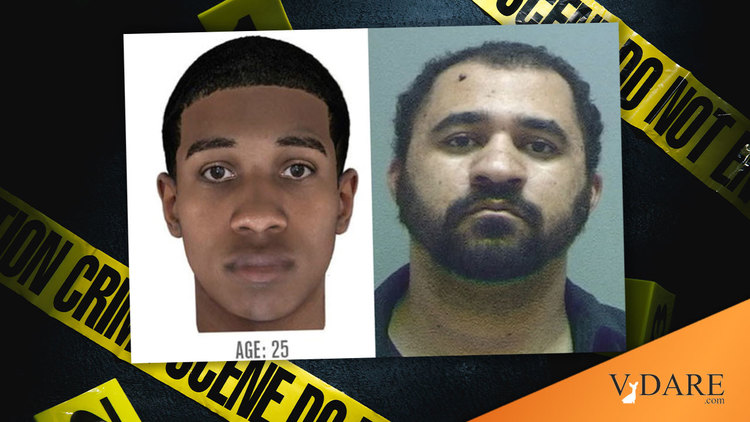 … Several years ago, a new forensic technique called DNA phenotyping caught my eye. DNA phenotyping estimates the appearance of suspects whose DNA was found at the scene of a crime. It’s an intriguing idea, but I think this technology has limited use for law enforcement.

A local example illustrates the limits of this technology. In 2010, Sherry Black, the mother-in-law of a prominent Salt Lake City businessman was murdered in the book store she ran. Her killer was unknown, but he did leave behind a DNA sample. In 2017, Parabon NanoLabs released an estimate of what the man might look like, based on DNA found at the scene. The results are below.

In addition to the composites above, Parabon NanoLabs estimated that the killer would have 51.33% African ancestry and 34.19% northern European ancestry, black or dark brown eyes, light brown skin color, black hair, and few or no freckles.

In October 12, 2020, a suspect was arrested: Adam Antonio Spencer Durborow. If he is the killer, then this give [sic] us the perfect opportunity to compare the DNA phenotype results to the accused man’s actual appearance. [Update: On October 4, 2021, Mr. Durborow pleaded guilty to Ms. Black’s murder.] Left: Estimated appearance of Sherry Black’s killer, based on DNA phenotyping from Parabon NanoLabs. Right: Booking photo for accused murderer Adam Antonio Spencer Durborow, who was 29-years-old at the time the photo was taken. Mr. Durborow is presumed innocent until proven guilty. [Update: Mr. Durborow has confessed to the murder.]

It is not a match. Beyond a few vague similarities (nose width, hair color), these don’t look like the same person at all. (The skin color looks very different, but this might be an artifact of the booking photo’s lighting.)

The problem with the face generated from the DNA is that it is so generic.