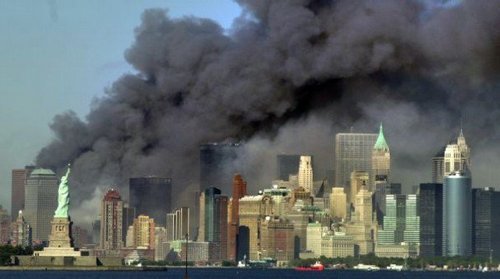 Rudy Giuliani: It’s Dangerous for Obama to Hide the Truth about Islam

Rudy Giuliani was mayor of New York City when the jihad attack of 9/11 occurred, and so he knows the Islam threat up and down.

On December 12, he spoke about the trouble caused by the nation’s leader seeking to shield the citizens from the truth about Islam as the motivation for recent attacks: Obama’s weasel-words about Islam have increased the silencer of political correctness. In fact, the former mayor thinks the San Bernardino slaughter might have been prevented if Obama hadn’t made political correctness so extreme and pervasive. And like many others, Giuliani notices that this government goes out of its way to protect America’s enemies.

GIULIANI: Barack Obama is creating much more fear of Islamic terrorism because everybody else in the country is sensible enough to know that it exists. Everyone else in the country knows that these acts are connected by something called Islamic terrorism, Islamic radicalism, Islamic extremism. These are not isolated acts. It is very very dangerous for Barack Obama not to use that word. First of all, I think it’s throws people off and makes them fearful of coming forward.

The attack in San Bernardino — I don’t know, maybe it’s unfair to say this, but maybe it could have been avoided if the neighbor had reported the suspicious activity in the garage. Why didn’t she report it? She was afraid of being politically incorrect. Now who’s setting up the whole definition of political incorrectness? Barack Obama.

Because two minutes after this attack happened, I knew it was an Islamic attack. I don’t know how it took the FBI two days to figure it out. I mean the minute you heard the type of attack, the type of guns being used, the minute the government withheld the names, I said to my police officers, part of my security company, so you wanna bet it’s an Islamic attack? He said I don’t want to bet with you on that. Now if the name would Jones or Smith or Wilson, the pictures would have been out, the names would have been out — the government goes out of its way to protect these Islamic terrorists.