Most people thought it was kind of weird how Rubio repeated the exact same phraseology in the debate, with his triply repeated talking point about "this fiction that Barack Obama doesn’t know what he’s doing."

However, Dan McLaughlin defended it as merely a rhetorical device:

And then he used this example:

C'mon. Repeating phrases to build a theme is a common device in the very best of political rhetoric pic.twitter.com/VKd9c4ujDB

And at that point Twitter went a little crazy. 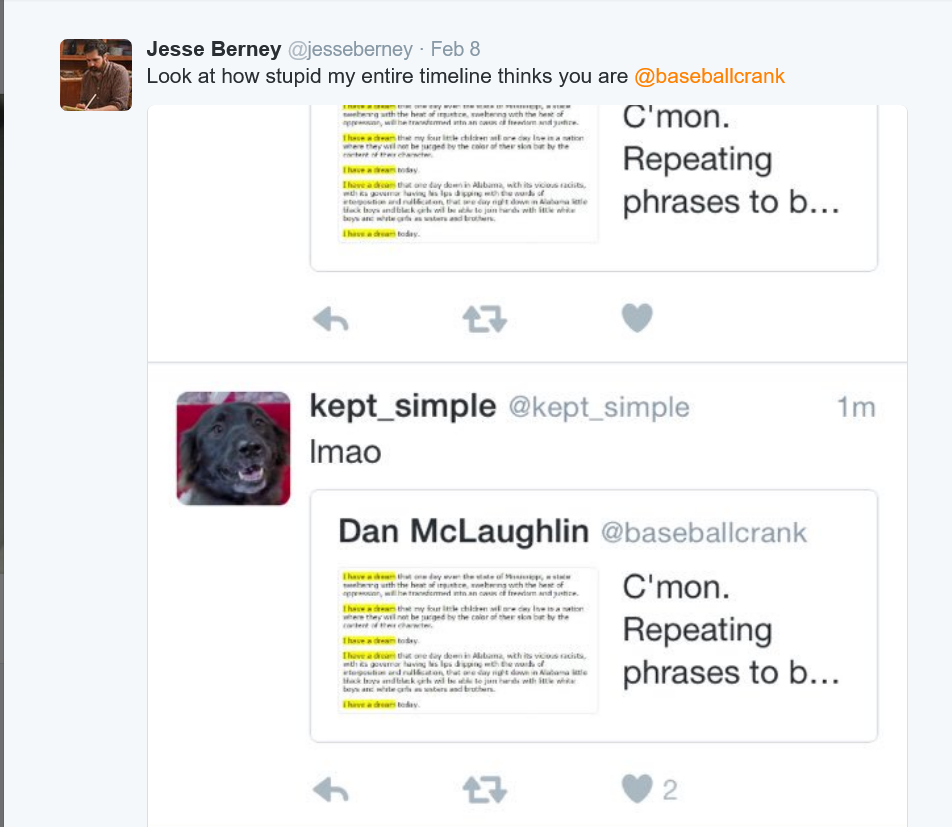 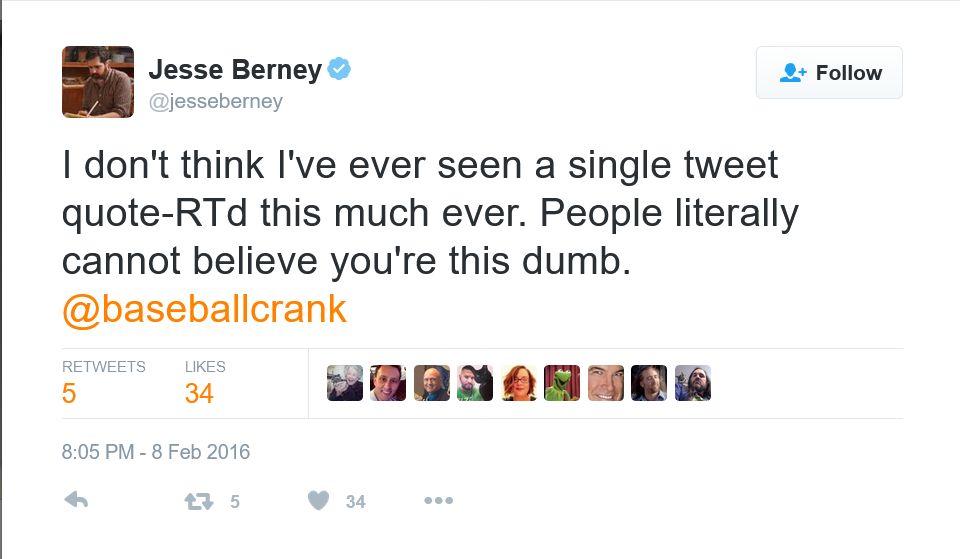 and worse, the example you pick is from one of the seminal speech of the 20th century, with a construction that isn't the same

Martin Luther King is treated as literally sacred. You can make all kinds of blasphemous jokes about Jesus, the Virgin Mary, you can malign Thomas Jefferson or George Washington, but if you say anything that reflects on MLK, people will go nuts.

As for the "I Have a Dream" speech, large parts of it were plagiarized from a speech delivered by black Republican clergyman Archibald Cary in 1952, at the GOP convention that nominated Nixon and Eisenhower.