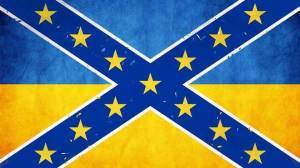 Roman Skaskiw, who recently wrote The Enemy Of Ukraine’s Protesters Is Not Necessarily The American Right’s Friend for us, is blogging on what appears to be an unfolding Russian invasion. Today (March 1) he commented:

Loss of these regions [Crimea and the Donetz basin] would be a shame for the Ukrainians who live there, for the Crimean Tartars who despise Russia, and for the business interests who have enjoyed some autonomy.

However, on the whole, loss of these regions might be the best thing that ever happened to Ukraine. It would create less confusion and a more homogenous society, which is good for peace, trust and stability.

Here’s an interesting wrinkle: Russian oligarchs from Donetsk own tons of property in western Ukraine, including in the Carpathians, much of which was seized by land privatizations of dubious legitimacy. They stand to lose a lot. I hope they do. [Emphasis added].

Thank you for the concern that some of my readers have expressed. I’m concerned too, but only a little bit.

Crimea is far away, as is the east. I think at the very most Putin will try to take those. At the very least, it’ll be the city of Sevastopol.

He needs to show a little muscle, but if he shows too much then he risks losing Belarus, Chechnya, Dagestan, Siberia.

Made by an ex-pat acquaintance of mine.

I always thought the Confederate flag had a lot in common with the black and red flag of the Ukrainian partisans. Both represented rebellion against a stronger, more numerous foe. Both ended in defeat and humiliation and the perception of history wrongly told.

Roman's roots are in the Western Ukraine, where partisan resistance to the Soviets lasted until the mid-1950s, but I believe his discussion is fair-minded and nuanced—in this case, suggesting a solution that respects Russia's interests. VDARE.com, of course, has long argued that current immigration policy will lead to ethnic strife and secession/ partition here in the U.S.