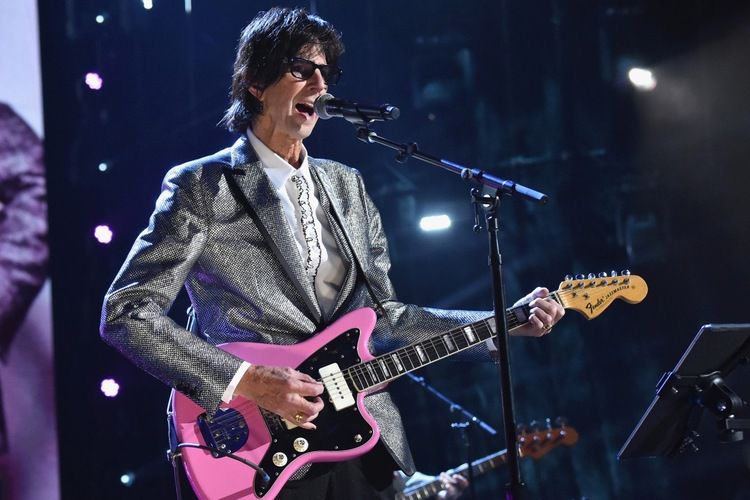 The leader of The Cars, the benchmark New Wave rock band of the late 1970s, Ric Ocasek, has died at age 75, which is a pretty good lifespan for a rock star.

You’ll note from his age that Ocasek didn’t hit it big until his mid-30s with The Cars debut album in 1978, which featured this music biz veteran’s correct anticipation of what Kids These Days would be into after the long reign of the Blues: more linear guitar-riffing with nerdier references.

Ocasek hit it very big: Here are Mr. and Mrs. O (the Czech model Paulina Porizkova, one of the very first of the now never-ending number of beautiful Slavic girls to emerge from Eastern Europe):

Update, this isn’t Paulina Porizkova above, it’s Susan Gallagher. This is Paulina: