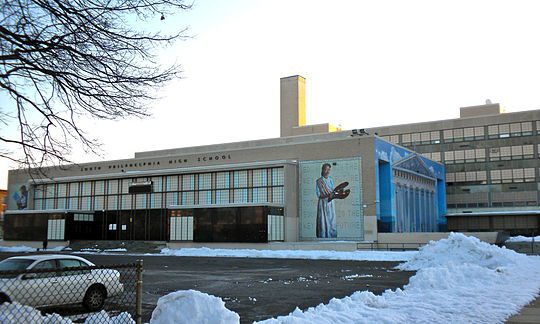 Reporting On Race And Then Spinning Into Denial

The story below admits that blacks attacked Asians in a race riot in this school, they report the tensions that exist between blacks and Asians, including the fact that Asians attempt, for reasons of safety, to self segregate on an "Asian floor," and then AP reporter Jesse Washington says:

"Almost all the attackers were black – but few observers believe the violence was due to racial hatred."

If you can believe that...

PHILADELPHIA – Duong Nghe Ly can't wait to begin his senior year at South Philadelphia High School. A day of violence there last year changed his life, and he wants to learn if his school has been transformed as well. Last Dec. 3, after years of attacks on Asian immigrant students, something finally snapped. Fueled by rumors, a group of students roamed the halls searching for Asian victims until one was attacked in a classroom. Later, about 70 students stormed the cafeteria, where several Asians were beaten. About 35 students pushed past a police officer onto the so-called "Asian floor," but were turned back. After school, Asians being escorted home were attacked anyway by a mob of youths. Almost all the attackers were black – but few observers believe the violence was due to racial hatred. Instead, they cite isolation of different groups within the school, certain students' warped "gangster" values, and for some, simmering resentments over perceived benefits for Asian students. About 30 Asians were injured that day; seven went to hospitals. Past attacks had been reported to administrators and police, but students say nothing seemed to change. Ly (pronounced LEE) was in the lunchroom for what he calls "the riot." Days later, he was followed home from school and punched in the face on his front stoop.[More]