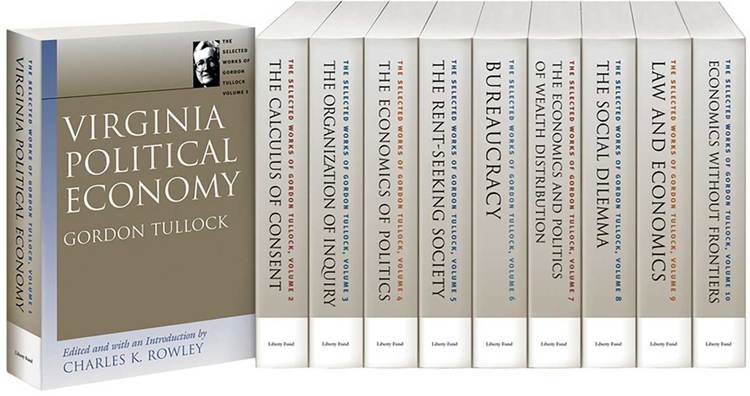 We just found my article on the economist Gordon Tullock, published in the dead-tree version of Forbes Magazine in the pre-internet Dark Ages. Tullock has a remarkably fertile mind, very like (in this respect at least) Milton Friedman and I hoped to begin a series of annual interviews with him, as I already had with Friedman. But both projects were victims of the retirement of the great Forbes editor Jim Michaels: his successor, Bill Baldwin, said (or more probably echoed the advertising salesmens' knee-jerk opinion) that we had to find younger economists.

Tullock's concept of rent-seeking is more than ever relevant in the age of Obama - as is his view, as a trained Sinologist, that China, now even more lauded as the engine of the global economy, might well return to despotism, or even break up completely.]