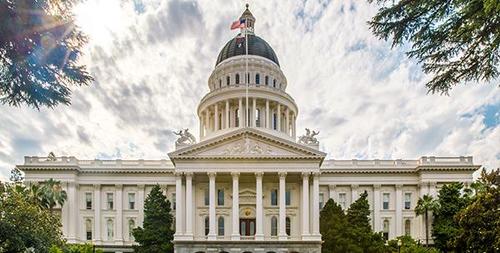 So much of what seems like policy failure is actually policy success in the eyes of our rulers. For example, when the Los Angeles school system massively lowered standards so mostly Hispanic students could "pass" and go to college, a reasonable person might object that such students will be unable to meet the standards demanded by any credible university. Of course, the reason these students are going to college is not to learn anything or become useful contributors to the American economy, but to learn how to complain about "oppression" and make a profitable living leeching off "racist" European-Americans.

But why would any business pay for useless people to complain all day? Where will all the jobs for people who major in things like "Chicano/a Studies" come from? Well, that's easy. The existence of such jobs will be mandated by the government.

More than 100 colleges and universities in California could soon be required to establish special resource centers for students residing illegally in the United States.

Last Wednesday, Golden State lawmakers passed Assembly Bill (AB) 1366 requiring that California Community Colleges and California State Universities create on-campus centers dedicated to teaching illegal immigrants how to procure financial aid and take advantage of various academic opportunities. While the centers would not be required at the nine University of California schools, the bill does request that each establish their own.

And who is the target market for such "resource centers?" Illegal immigrants of course.

According to the text of the bill, the purpose of constructing such centers is to increase enrollment and graduation rates among students who meet the requirements of AB 540—a state law passed in 2001 granting in-state tuition at public universities throughout the state to illegal aliens who attended California high schools for a minimum of three years.

“It is important as the undocumented student population continues to grow they are given the support needed,” Assemblywoman Patty Lopez (D-District 39) said in a recent statement. “By establishing Dream Resource Centers, students will be able to focus more on their academic goals and less on administrative and social barriers.”

What this really builds up is the "Parasite Class."

The activists and advocates being churned out by all those Studies departments and “nonprofit” organizations don’t produce anything. They don’t meet any demand or provide any necessary or desirable service. They exist as a permanent drain on productive members of society, making all of our lives worse by the sheer fact of their existence.

"Resource Centers" serve as a home for all of those who get phony degrees in racial agitation. They can use these degrees to indoctrinate more people into their worldview, who in turn will make more demands for more money, resources, and immigrants, which can then be used to further reinforce the movement.

And this is what California is funding at the very moment it is experiencing a drought of historic proportions, driven, as even Jerry Brown now admits, by overpopulation [Jerry Brown Worries About "Overpopulation" Amid California Drought, by Michael Bastasch, Daily Caller, June 10, 2015].

Immigration is not some "natural" phenomenon. Nor is it "libertarian." It's a state driven policy, fueled by a professional activist class reliant on tax dollars. And the endgame is California today, the once "Golden State" which, outside a few tech meccas, resembles the Third World from which so many of its residents migrated.