Refugee Resettlement Watch On The Somali Chaos In St. Cloud—Lutherans Are To Blame

Did you see this? 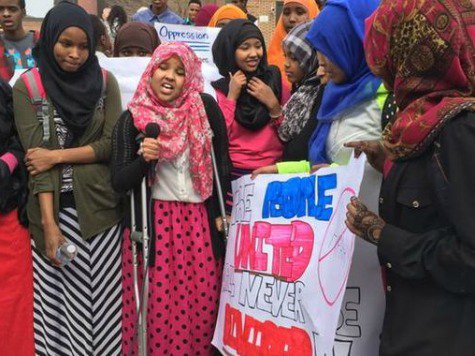 Over a hundred alien Somali Muslims, imported into the U.S., courtesy of non-discriminatory refugee policies, swarmed St. Cloud Technical High School on Friday in a rage.

Shockingly, a fight broke out between Somali Muslim students on Friday, two days after a student posted a social media image of a wheelchair-bound girl whom posters claimed to be affiliated with the Islamic State (ISIS). A student is reportedly being “disciplined” for the photo–meaning he or she will be given a reprimand and will be allowed to roam society freely without restriction or inhibition after inciting jihad against America. More

The question is, why are all these Somalis, in St. Cloud, Minnesota?

The answer, according to Ann Corcoran's Refugee Resettlement Watch, is Lutheran Social Service of Minnesota is responsible for the Somali chaos in St. Cloud. [March 26, 2015]

If you are angry (about the tension in St. Cloud) and want one entity to blame, it is Lutheran Social Service of Minnesota, the primary federal refugee resettlement agency working in St. Cloud!

Lutheran Social Services is the agency that's been resettling all these Somali Muslims in Minnesota, and here's why—large amounts of money. Some of it goes to this lady, Jodi Harpstead [Email her] 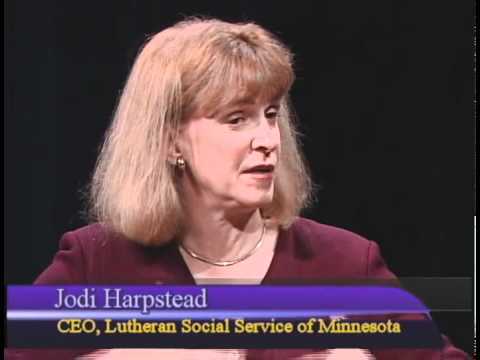 Doing well by doing good? Jodi Harpstead is making over $300,000 a year to seed St. Cloud and other Minnesota towns with Somali Muslims.

These three ‘Christian’ phony non-profits (phony Christians!) could stop the US State Department’s further seeding of the state if they just said NO! We won’t resettle any more Muslim ‘refugees.’ But they don’t! Why?Why? Because it is big business (as we learned from Lutherans in New England)! They dare not challenge their sugar daddy—the federal government! And, they must be afraid of the growing power of the Islamists and the Islamist front group—Council on American Islamic Relations (CAIR)—which they are responsible for unleashing on the city of St. Cloud.

So how much money does it take to buy the Lutherans?

That makes them 89% government funded! That is a government agency not a charity, and surely not a ‘Christian’ charity!

The progressive ‘religious Left’ is living off of the US taxpayer!

Salaries and payroll accounted for $57,929,172 of your money—your tax dollars for that one year!Jodi doesn’t pull down a salary as high as Peterson (LOL! War on women?) her predecessor did, but it is fairly substantial none-the-less as we learned from a recent Form 990. She was compensated with $280,812 and an additional $42,495 came from related organizations (whatever that is!).

As you can see, Lutheran Social Service of Minnesota isn't doing this with the charitable contributions of the many hardworking white (Scandinavian) Lutherans who populated Minnesota during an earlier age of mass white immigration. They're doing it with federal tax dollars, and they're keeping more than they spend.

In 2008, Joe Guzzardi asked the following "Easter Question" on VDARE.com: Which Church Is The Top Treason Lobbyist?.

The winner, despite some serious competition from the Catholic Church and the Methodists, was the Lutherans. See also an early Fulford File of mine:The Refugee Industry, Slavery, And Rape, about a fairly horrifying incident involving Gypsies. Also see

All this work that Refugee Resettlement Watch is doing is the stuff the Mainstream Media should be doing, but aren't.