Refugee Resettlement: Like Having a License to Print Money—And Ruin Communities 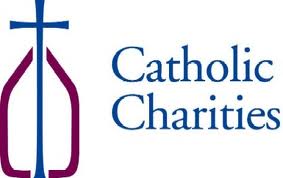 Catholic Charities: Your Charity, Our Profit

[Previously, by Don Barnett:“Read This Hard-Hitting Exposé on the Corrupt Refugee Racket, Including Incestuous Private-Public Relations, That Appeared in The Tennessean, of All Places!”]

The sort of nation-destroying corruption that Don Barnett describes below is a microcosm of American welfare politics. Private and public agencies with no accountability to the net taxpayer play Big Daddy, in giving out said taxpayer’s hard-earned money to criminals, deadbeats, and other social parasites, who in turn hate and seek to destroy him.

One of the various readers who sent me this article noted,

“Needless to say, this is about government and Big Charity, not the Catholic religion.”

In the Catholic Church, the religious are waging war on the laymen. But that is the way things are in most other divisions of America. As Sidney Zion said at least 20 years ago, “It’s the two parties against the people!”

I am not speaking here of the eternal conflict of interest between the lords and the serfs, but of a ruling class that has lost all sense of patria, and is blind to its enlightened self-interest.

Refugee resettlement was once the work of self-supporting charities that invested their own resources and were directly responsible for outcomes. Today, it is the work of federal contractors who spend public resources and have no responsibility three months after the refugee has been “resettled.”

A July Government Accountability Office report, “Refugee Resettlement — Greater Consultation With Community Stakeholders Could Strengthen Program,” is critical of refugee contractors and how they place refugees in local communities across the U.S.

In particular, the report cites lack of adequate consultation with local “stakeholders” before placing refugees in a community. The agencies that resettle refugees are compensated from 17 different federal programs tailored to refugee resettlement, as well as from numerous nonspecific grants and programs at the federal and state levels.

The largest resettlement contractor is the U.S. Conference of Catholic Bishops (USCCB), which resettles refugees through its affiliate, Catholic Charities.

The report found that “... most public entities such as public schools and health departments generally said that agencies notified them of the number of refugees expected to arrive in the coming year, but did not consult them regarding the number of refugees they could serve before proposals were submitted to the (U.S. State Department).”

Since striking a deal in 2008 to manage the federal dollars for other, smaller refugee contractors in the state, Catholic Charities of Tennessee effectively runs refugee resettlement in Tennessee. Today, only 35 percent of its annual budget is dedicated to non-refugee social services. As the GAO report notes, for organizations such as Catholic Charities, “funding is based on the number of refugees they serve, so affiliates have an incentive to maintain or increase the number of refugees they resettle each year rather than allowing the number to decrease.”

Sure enough, resettlement in Tennessee went up dramatically after 2008. In fact, since 2009, Tennessee has taken an average of about 1,450 refugees per year, a 62 percent increase over the average number resettled from 2004 to 2008. The total number of refugees resettled to the U.S. actually went down at the same time that Tennessee’s number of resettled refugees went up.

More refugees mean more government services, since the contractors assist the refugees for only three months or less in the vast majority of cases. Most refugees go into TennCare for varying periods of time. TennCare and other welfare programs such as Families First are used by refugees at much higher than average rates and are partially supported by state taxpayer dollars.

Refugee resettlement is very profitable for the nonprofits. There is a reason why refugee resettlement is Tennessee Catholic Charities’ biggest mission. All of its non-refugee social services are smaller, less lucrative and almost all are shrinking from year to year. Ironically, its national motto is: Working to Reduce Poverty in America.

USCCB took in an astonishing $72.1 million in revenue from refugee resettlement alone in 2011, 97 percent of which came from government contracts, grants and earnings from federal refugee programs. A significant portion of this money does not have to be shown as having been spent on refugees. In other words, millions flow to the contracting agency with no strings attached. (My personal favorite in this money racket: USCCB received $3.7 million in 2011 as a commission for collecting on the loans made by the U.S. government to refugees for airline tickets to the U.S. USCCB is under no obligation to spend any of this money on refugees.

Don Barnett is an information technology professional and freelance writer in Brentwood.