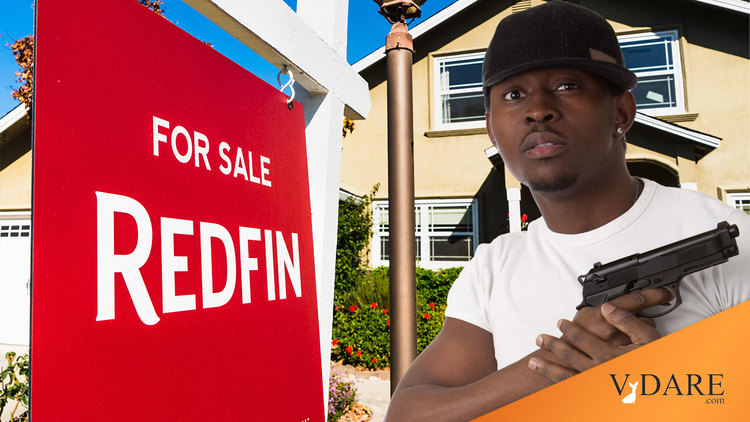 Earlier: Civil Rights Law Doesn't Care If You Die, Continued: Fair Housing Act Forbids Realtors To Tell You That You're Moving Into A High-Crime Neighborhood

A real estate website has decided not to add crime data to their database, all in an effort not to “reinforce racial bias.”

We recently decided not to add neighborhood crime data to Redfin.com. We were considering this because we’re very much focused on answering all the questions people have when they’re considering a home purchase, and we know that one of these questions is whether they’ll feel safe in a given home or neighborhood. But the data available don’t allow us to speak accurately to that question, and given the long history of redlining and racist housing covenants in the United States there’s too great a risk of this inaccuracy reinforcing racial bias. We believe that Redfin–and all real estate sites–should not show neighborhood crime data.

One big thing we learned through our research is that there’s real variety in how people define and evaluate safety, and that it doesn’t line up very well with purely crime-based data. When we survey people about what they want to know about a neighborhood, they define safety in a number of different ways: people variously say they care whether there’s trash on the street, care solely about violent crime, or care whether they are going to frequently see people who are homeless.

Even if you narrow down to crime as an indicator of safety, there are reasons to doubt the usefulness of the data available. The most straightforward source of crime data is the Uniform Crime Report from the Federal Bureau of Investigation, which collects reported crimes from police departments across the country. Most crimes in the U.S. go unreported, however, and most reported crimes go unsolved. The fact that most crimes are missing creates a real possibility that the crimes that show up in the data set skew one way or another. And the fact that most reported crimes go unsolved means that some of the crimes being reported in fact may not be crimes. If you’re extracting data at the neighborhood level, the risk of these gaps leading to inaccuracy becomes high.

To get around the gaps with reported crimes, the main other data source we considered was the National Crime Victimization Survey from the Bureau of Justice Statistics. By virtue of being a survey, this has the advantage of being able to capture both officially reported and unreported crimes. However, also by virtue of being a survey, if there’s racial bias in respondents’ answers this will get reflected directly in the data. And there are troubling signs of this: in the 2019 survey, people reporting crimes were more likely to describe their offender as young, male, and Black than would be expected given the representation of those groups in the population.

People are hungry for more information to answer their real estate questions, and Redfin will continue to add more and more data to help with that. We know that whenever we add new data, however, there’s the potential for it to change whether people decide to live and invest in a neighborhood, and to do so in ways that are impacted by historical and current bias. Each and every time we add data to Redfin.com we will consider the accuracy and likely impact of that change. Sometimes that will result in us deciding not to add data to the site, and sometimes that will result in us deciding to add the data. In this case we’re confident that the crime data that are available today ought not to be on Redfin or any other real estate site.

But what if the offenders of crime are actually “young, male, and black”?

Reality has a well-known racial bias that no attempts to blame on white privilege can overcome.

We are witnessing a Communist coup in America, in which attempts to be honest about race and crime must be met with censorship, because perpetuating stereotypes is a greater sin than actually reporting the demographic responsible for most crime in America.