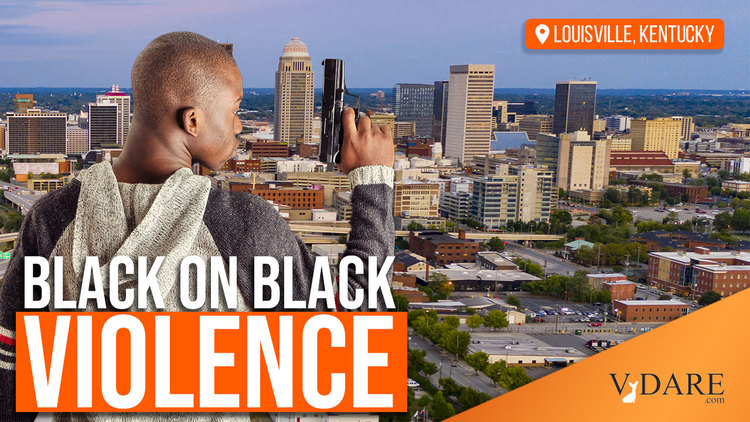 Somehow, this is still the fault of white people.

LOUISVILLE, Ky. — The loss of life is so massive it’s hard to fathom.

In 2020, 173 people in Louisville were victims of criminal homicides, according to metro police — shot, bludgeoned, strangled or stabbed to death.

Another 20 people were slain in homicides investigated by other Jefferson County police agencies or in cases that didn’t result in criminal charges.

The number of slayings in 2020 dwarfs anything Louisville has seen — obliterating the previous record of 117 criminal homicides in 2016.

And yet, in an unrelenting year of protests in the midst of a viral pandemic that itself killed 530 people across Jefferson County, the constant drumbeat of violence has made many of us numb.

But the pain is sharp and unyielding for the families of loved ones who have been slain.

“The people dying look just like you,” Forbes, founder of the group Mothers of Murdered Sons and Daughters United, told the 21-year-old Nagdy. “We are just asking for help, for compassion, for people to open up their ears and listen. For people to talk about it.”

Days after their meeting, Nagdy was dead, fatally shot in an apparent carjacking.

Some say 2020’s historic homicides and nonfatal shootings — which disproportionately affect young Black men in Louisville — have been both exacerbated and overshadowed by the coronavirus and the protests for racial justice following the March 13 police shooting of Breonna Taylor.

“We spent a lot of time on the movement for Breonna Taylor. She deserved justice,” said Forbes, a Louisville resident whose 19-year-old son died in a 2012 shooting.

A crisis in the Black community

Black men in Louisville have been hit harder than any demographic by the violence.

About 70% of last year’s criminal homicide victims were Black, and 80% were male, according to LMPD data.

A shooting victim who survives wants vengeance, he said, and if that person doesn’t see police punish the shooter, they may try to get justice their own way.

Sometimes, he said, a shooting is revenge for a shooting that happened years ago.

“Some feel the only way to deal with these issues is ‘I got to hit back.’ And that perpetuates the situation,” 2X said. “Every shooting, whether fatal or nonfatal, there’s a reaction that comes through it. There’s an emotional draining of a victim’s family.

“It’s sad, but it’s real. It’s a vicious cycle, and it’s not easy to just define in a conversation.”

Then again, 2X noted, Black men haven’t been the only victims.

The majority of homicides each year, he said, take place in areas covered by LMPD’s First, Second and Fourth divisions, downtown and in Louisville’s West End.

In 2020, though, 51 homicides were reported in areas patrolled by LMPD’s Third, Fifth, Sixth, Seventh and Eighth divisions — on the outskirts of the city and in some of Louisville’s more upscale neighborhoods.

In 2019, just 22 homicides were reported in areas covered by those five divisions.

Just as striking, 2X said, is 34 female homicide victims in 2020, a higher number than in previous years.

“That’s a number that we’ve got to be concerned about,” he said.

West End pastors such as the Rev. David Snardon of Joshua Tabernacle Missionary Baptist Church have seen some of the worst violence. There have been too many funerals in 2020, Snardon said on New Year’s Eve, and too many tears.

Those issues, according to fellow Interdenominational Ministerial Coalition pastor the Rev. Frank Smith, can be traced back to redlining, the systematic denial of investment in poor communities that has plagued Louisville for decades.

“It would be easy just to say that we need to do better, and surely some of us individually need to be held accountable for what is taking place, but Black and minority communities have been dealing with a high level of violence for years,” Snardon said. “We’ve been crying out about the need for more resources.”

Buried way deep in the article do we learn 80% of known homicide suspects are black (though only 70% of victims in the overwhelmingly white city of Louisville are black)… the louder the cacophony of "Black Lives Matter" grew in 2020, the more obvious the charade became.