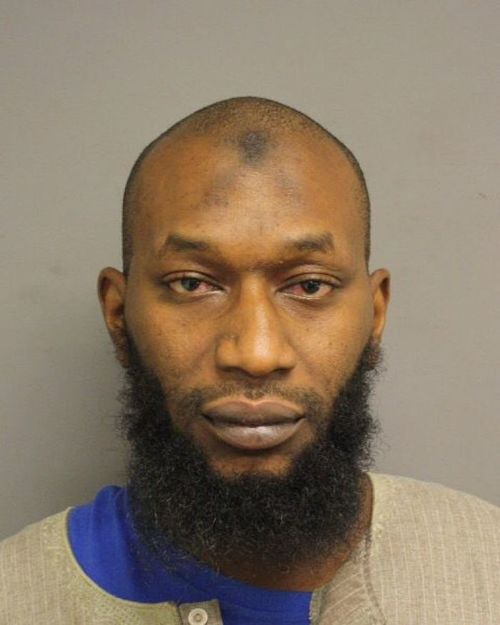 A Houston man has been arrested in connection with a suspected arson at a mosque on Christmas Day.

A spokeswoman for the federal Bureau of Alcohol, Tobacco, Firearms and Explosives confirmed that the man was arrested early Wednesday, sometime after midnight, and appeared in court 7 a.m. Wednesday.

According to a charging instrument released by the Harris County District Clerk, Moore told investigators at the scene that he has attended the mosque for five years, coming five times per day to pray seven days per week.

Though the suspect said he was a regular at the mosque, MJ Khan, president of the Islamic Society of Greater Houston, which operates the mosque, said he was unfamiliar with Moore. "We are just looking into it ourselves," he said Wednesday morning after learning of the arrest.

"We are really very surprised and saddened by this whole thing," said Khan.

Using surveillance video from multiple businesses nearby, investigators were able to identify Moore, according to records. A search warrant of his home was conducted, in which investigators recovered a backpack and clothing that seemingly matched that which was seen in surveillance footage, as well as one half of a two-pack of charcoal lighter fluid bottles that seemed to match another lighter fluid bottle found inside the mosque.

In the document, police referred to him as a "bald-headed, dark-skinned male", because that's what the surveillance cameras showed. However, other news sources headline him as "Suspect Arrested" [NBC] and "Worshipper Arrested"[Houston Public Media] and "Man Charged." (Everybody else.)