Ravenel To Declare Against Lindsey Graham: Will He Use Immigration? 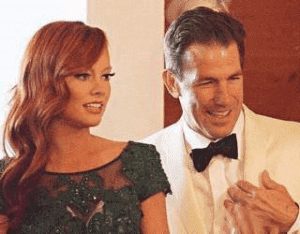 T. Ravenel and friend. H/T The Post and Courier

Former S.C. Treasurer Thomas Ravenel is expected to announce his candidacy for U.S. Senate on Friday as an independent hopeful against Republican incumbent Lindsey Graham.

Ravenel recently confirmed he had hired a private vendor to help him collect the minimum 10,000 signatures of South Carolina voters he needs to be placed on the November ballot as an independent, or petition, candidate.

The signatures have to be submitted to the state Election Commission by July 15.

This is crucial. It is technically possible to recruit signatures online but as South Carolina political blog fitsnews.com explains in Sign The Thomas Ravenel Petition WANT LINDSEY GRAHAM GONE? HERE’S HOW … Monday June 30th 2014 the process has been made as difficult as possible.

Getting long time Amnesty enthusiast and Sheldon Adelson servant Lindsey Graham out of the Senate would strike a tremendous blow to NeoCon control of the Republicans. Running for his 3rd term Graham could only gather 56% against a handful of unknown unfunded opponents in the Primary. He is vulnerable. As I have discussed previously Ravenel has the name recognition. He has blots on his personal record but after all South Carolina forgave Mark Sanford.

So far Ravenel conspicuously has not mentioned the immigration issue, instead complaining about Graham’s foreign policy belligerence. Not doing so would of course be crazy, especially as it could be finessed as a defense of the Constitution. But fitsnews.com has shown itself to be loony-libertarian on the issue and maybe that is the crowd Thomas Ravenel hangs out with nowadays.

A pity. Anyone in any doubt about how ghastly Graham is  – and slavishly obedient to the Treason Lobby -  should read Refugee Resettlement Watch’s June 30 post Senators McCain and Graham want new special refugee admissions program for the “children”

The leading military hawks in the US Senate—McCain and Graham—lecturing us about how we must control borders in the Middle East with bombs and guns, are virtually welcoming an invading army to America!

...For years (we have been writing about it), the open borders lobbyists and the contractors have been attempting to expand the definition of “refugee” to include just about anyone who wants to get to America. .

...the Daily Caller, ...reports that Graham (generally joined at the hip with McCain) is in on the concept "South Carolina U.S. Sen. Lindsey Graham – who, like McCain, backs immigration reform – is considering the idea of an emergency program as well."

Graham is as much a No Borders proponent as the Democrats.