When Muslims immigrate to non-Islamic nations, they tend to become arrogant and violent as their population increases.

The BBC reports that more than two million Muslims live and work in Moscow. There are insufficient mosques in the city for that many, so naturally the hordes simply gather by the thousands in the streets, disrupting traffic and the normal movements of Russians.

The Muslims could hire some halls for services, but they prefer parading their numbers as a sign of defiance. 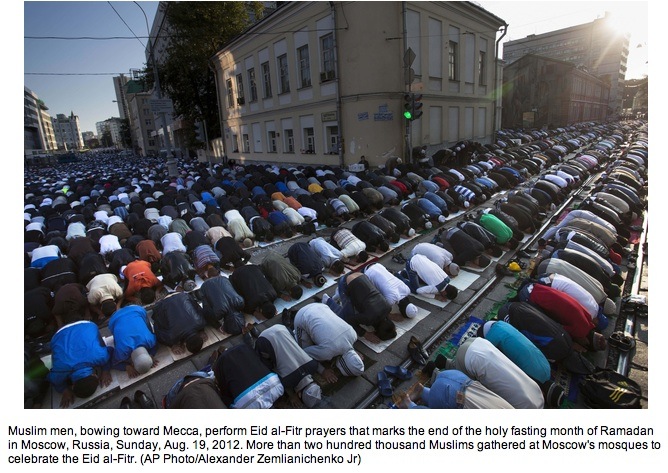 The news clip below starts with vistas of Muslims filling the streets for blocks and blocks. Then the event is over, and one of the busiest streets in the center of Moscow is jammed with Muslims who don’t bother to use the sidewalks. The police try to get them off the street so motor vehicles can again use the roadway, in a situation that looks like it could explode at any second. Muslims are not popular among the Russians after terror attacks and demands that the society behave in accordance with sharia, so an outbreak of street violence would not be surprising in this atmosphere.

Another day with Muslim diversity!