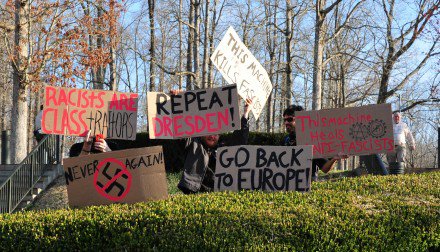 In this week’s podcast I note a nifty new coinage.

Word of the Week:  “oikophobia.”

Oikophobia is the opposite of xenophobia: not fear of the stranger, but fear of one’s own. 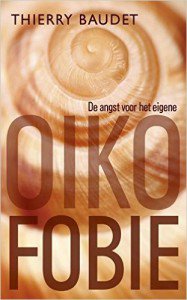 The word is close in meaning to my own usual term, "ethnomasochism." You might say that we don’t need two words that close together in meaning. I would reply that the more we can do to get these ideas out into general circulation — ideas about what Western civilization is doing to itself, and why — the better our hopes of salvaging something from the wreckage. If the one word doesn’t catch on, perhaps the other will.

“Oikophobia” was brought to my attention by a listener who has seen a book with that word as its title. The book is unfortunately written in Dutch, and so far as I know not yet translated.

The author of the book, Thierry Baudet, is described by Wikipedia as a Dutch “publicist, historian, and jurist.”

When I first saw the word, not thinking very clearly, I thought it derived from the common British pejorative “oik,” defined in the Urban Dictionary as, quote, “an obnoxious or unpleasant person.” It actually has strong class connotations: An oik uses the wrong knife and fork, says “beg pardon?” instead of “excuse me?” and very likely picks his nose in public.

In fact of course the derivation is from Greek οἶκος, meaning “house” or “home”; same root as the “ec-” in “economics,” which originally meant household management. Oikophobia is fear, and by extension dislike, of one’s own hearth and home, one’s own people.

Oikophobia: Practice it, use it in public, and if you can read Dutch, buy the book.

It’s all here at VDARE.com.