Radio Derb Is On The Air: The Noble Bulgars And Their New Immigration-Proof Fence Etc. 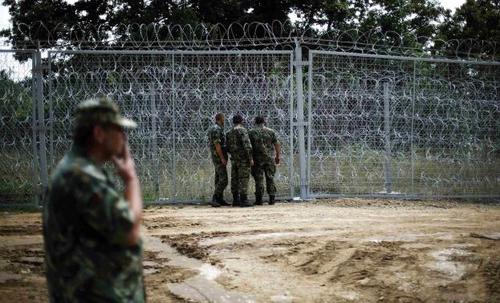 This week I return to.

Back in our June 21st broadcast we had an item on Bulgaria.  The story was that the Bulgars were getting floods of illegal aliens from Africa and the Middle East coming in across their border from Turkey.  The illegals were not Turks; Turkey was just waving them on through, as Mexico does with our illegals from Central America.  Bulgaria was in trouble with the Human Rights busybodies for pushing the illegals back into Turkey.

Yep: The Bulgars have built a fence along their border to stop unwanted foreigners coming in.  How evil is that?

Quote from the Reuters story:  “Bulgaria has largely completed the construction of a 21-mile barbed wire fence at the border with its southeastern neighbor Turkey as it tries to cope with asylum seekers, its defense minister said on Thursday.”

Now you may say that 21 miles is not a whole lot of border fence to build; that our southern border, at 1,940 miles, is 92 times as long.

That is true.  It is also the case, however, that Bulgaria is the poorest country in the European Union, with a GDP of just $105 billion.  If our GDP were 92 times that, the expense would be a wash.  In fact our GDP, at $16.7 trillion, is a hundred and fifty-nine times Bulgaria’s.  So the expense is not just a wash, it’s a power wash.  They just have better national leadership than we do.

Let me say that once again, slowly:  Bulgaria has better national leadership than we do.  Go, Bulgars!

By defending their country against invaders in this way, the Bulgars are of course getting themselves into trouble with the high priests of political correctness, in this case the United Nations …